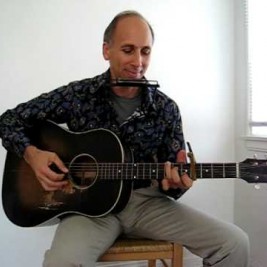 Businesses, Non-profit organizations, event planners and companies across the country have worked closely with our booking agents to hire Elijah Wald for a speaking engagements, guest appearances, product endorsements and corporate events. Many of those same clients have continued to turn to our speakers bureau as we can easily align Elijah Wald’s availability with their upcoming seminar, gala, annual conference, corporate function, and grand opening. Our close relationship with Elijah Wald’s booking agent and management team further enables us to provide inquiring clients with Elijah Wald’s speaking fee and appearance cost.

If your goal is to hire Elijah Wald to be your next keynote speaker or to be the next brand ambassador our celebrity speakers bureau can assist. If Elijah Wald’s booking fee is outside your companies budget or your unable to align with his appearance availability, our booking agents can provide you a list of talent that aligns with your event theme, budget and event date.

Elijah Wald has been a musician since age seven and a writer since the early 1980s. He has published more than a thousand articles, mostly about folk, roots and international music for various magazines and newspapers, including over ten years as "world music" writer for the Boston Globe. In the current millenium, he has been devoting most of his time to book projects, including volumes on such disparate subjects as Delta blues (Escaping the Delta), Mexican drug ballads (Narcocorrido), hitchhiking (Riding with Strangers), and a broad social history of American popular music (How the Beatles Destroyed Rock 'n' Roll).

Before I started writing professionally, I toured as a guitarist and singer, spending the late 1970s and most of the '80s wandering around Europe, Asia, Africa and Central America, fronting a blues band in Seville, a swing duo in Antwerp and a rock band at the Grand Hotel in Colombo, Sri Lanka. (The agent had hired me as an Elvis imitator. It did not work out.) There was also a brief period playing alto saxophone in sailor bars, often while standing on tables in cowboy boots...

As far as more formal gigging goes, I have toured coast to coast in the United States numerous times, and recorded an LP, Songster, Fingerpicker, Shirtmaker (I have lots of copies left, and ship in bulk, if desired) and a CD, Street Corner Cowboys, which is much, much better. (There is more about both of these projects at my  music page.) I have also filmed an instructional DVD on the Bahamian guitar style of Joseph Spence, and taught at various blues and guitar camps. (Visit YouTube to see me playing songs by Robert Johnson, Mississippi John Hurt, Furry Lewis, Jean-Bosco Mwenda, and others.) Currently, I am mostly gigging as a duo with my wife, Sandrine Sheon, on clarinet.

As a musician (and to a great extent as a writer as well), my mentor was Dave Van Ronk, who gave me a year of guitar lessons and many years of staying up late at night, arguing politics and listening to records of everything from Bulgarian folk music to Bing Crosby. Dave was a brilliant and omnivorous intellect, and I did my best to capture his voice and a sample of his memories, wit and wisdom in The Mayor of MacDougal Street, which recently inspired the Coen Brothers' movie Inside Llewyn Davis. (There is information about some of his albums on the aforementioned music page.)

Along with Dave, I picked up stuff from various other musicians over the years, as well as learning a lot from records. (Mississippi John Hurt, Rev. Gary Davis, and Joseph Spence are my longtime guitar heroes.) The most interesting experience of this kind was three months in Lubumbashi studying with the Congolese master Jean-Bosco Mwenda. I play one of Bosco’s tunes on Street Corner Cowboys, and also guest on African Acoustic, by my friend Dominic Kakolobango. I also learned a great deal from Perry Lederman, whose posthumous CD is one of my treasures.

As a writer, I have mostly concentrated on music and musicians, with occasional forays into other areas such as culture, politics and hitchhiking. My books can be found on their own pages or on the writings page, which also has links to archived articles written for various magazines and during my years with the Boston Globe. (Unfortunately, in June of 2000, the Globe presented its freelance contributors with the demand that they sign away reprint rights, in all media and forever, to everything they had ever written, with no payment of any kind. Several hundred freelancers organized in an attempt to preserve our traditional rights, but in the end the Globe won a pyrrhic victory and we went our separate ways.)

I continue to work on book projects, to perform whenever possible as a guitarist and singer, and sometimes to teach a course on blues history at UCLA, as well as traveling around to speak about the various subjects that I've researched over the years. My options in the latter regard have been somewhat improved by various awards, including a 2002 Grammy for the liner notes to the Arhoolie Records 40th Anniversary Box, an honorable mention for the Otto Kinkeldey Award of the American Musicological Society for Escaping the Delta, and an ASCAP-Deems Taylor Award for The Mayor of MacDougal Street.

For those wishing to delve further into my past, I have pages of information and writings by my father, George Wald, who was a major influence both on my performing and writing, and on my life in general. And for a sidelight on my personal life, I recommend a visit to the page of my wife, Sandrine Sheon, who aside from playing fine clarinet is the world's most daring paper modeler.