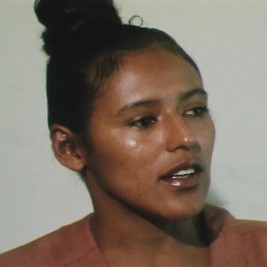 Businesses, Non-profit organizations, event planners and companies across the country have worked closely with our booking agents to hire Elaine Brown for a speaking engagements, guest appearances, product endorsements and corporate events. Many of those same clients have continued to turn to our speakers bureau as we can easily align Elaine Brown’s availability with their upcoming seminar, gala, annual conference, corporate function, and grand opening. Our close relationship with Elaine Brown’s booking agent and management team further enables us to provide inquiring clients with Elaine Brown’s speaking fee and appearance cost.

If your goal is to hire Elaine Brown to be your next keynote speaker or to be the next brand ambassador our celebrity speakers bureau can assist. If Elaine Brown’s booking fee is outside your companies budget or your unable to align with his appearance availability, our booking agents can provide you a list of talent that aligns with your event theme, budget and event date.

Elaine Brown grew up in a row house on York Street, and lived in poor conditions. Her mother pressed clothes at a factory. She attended an experimental elementary school in a nice neighborhood. She befriended some white Jewish girls, and from that point on, was able to act "white" while hanging out with her school friends, and "black" when with the girls in her neighborhood. Brown attended the prestigious Philadelphia High School for Girls. She was admitted because of her high IQ score. As a pianist, songwriter and singer, Brown composed songs about her life experiences.

Not until she moved to California at age 19 did Brown come to a realization about the reality of blacks in America. In 1967, a neighbor in her building, Beverlee Bruce, introduced her to people involved in the Black Panther Party. She was chairman of the Black Panther Party for several years toward the end of the party's existence, from 1974-1977. She took control of the party following the exile of Huey P. Newton, who was wanted by US police on numerous felony counts. Brown unsuccessfully ran for Oakland city council in 1973.

She has gone on to write two books:

She has also released two albums on Motown Records and recorded many songs for the Black Panther Party. Brown currently makes her living as a paid public speaker.

She also is a Green Party member, and was a candidate for Mayor in Brunswick, Georgia. Brown was disqualified from the Brunswick elections as both a candidate and voter due to her failure to establish proof that she met the city charter's residency requirements for all candidates.