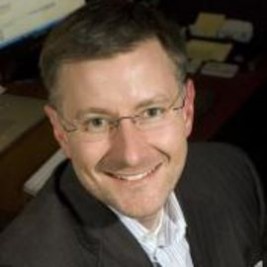 Businesses, Non-profit organizations, event planners and companies across the country have worked closely with our booking agents to hire Edward Walters for a speaking engagements, guest appearances, product endorsements and corporate events. Many of those same clients have continued to turn to our speakers bureau as we can easily align Edward Walters’s availability with their upcoming seminar, gala, annual conference, corporate function, and grand opening. Our close relationship with Edward Walters’s booking agent and management team further enables us to provide inquiring clients with Edward Walters’s speaking fee and appearance cost.

If your goal is to hire Edward Walters to be your next keynote speaker or to be the next brand ambassador our celebrity speakers bureau can assist. If Edward Walters’s booking fee is outside your companies budget or your unable to align with his appearance availability, our booking agents can provide you a list of talent that aligns with your event theme, budget and event date.

ED WALTERS is the CEO and co-founder of Fastcase, an online legal research software company based in Washington, D.C. Under Professor Walters’s leadership, Fastcase has grown to one of the world’s largest legal publishers, serving more than 800,000 subscribers from around the world.

Before founding Fastcase, Professor Walters worked at Covington & Burling, in Washington D.C. and Brussels, where he advised Microsoft, Merck, SmithKline, the Business Software Alliance, the National Football League, and the National Hockey League. His practice focused on corporate advisory work for software companies and sports leagues, and intellectual property litigation.

Professor Walters worked in the White House from 1991-1993, first in the Office of Media Affairs and then in the Office of Presidential Speechwriting. After working in the White House, he was the lead account executive in an influential Washington public relations boutique. He has written for The Washington Post, The New York Times, The University of Chicago Law Review, The Green Bag, and Legal Times, and has spoken extensively on legal publishing around the country.