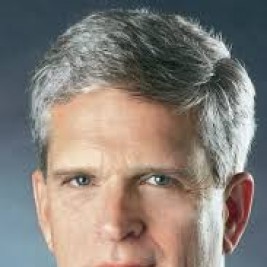 Businesses, Non-profit organizations, event planners and companies across the country have worked closely with our booking agents to hire Edward Walker for a speaking engagements, guest appearances, product endorsements and corporate events. Many of those same clients have continued to turn to our speakers bureau as we can easily align Edward Walker’s availability with their upcoming seminar, gala, annual conference, corporate function, and grand opening. Our close relationship with Edward Walker’s booking agent and management team further enables us to provide inquiring clients with Edward Walker’s speaking fee and appearance cost.

If your goal is to hire Edward Walker to be your next keynote speaker or to be the next brand ambassador our celebrity speakers bureau can assist. If Edward Walker’s booking fee is outside your companies budget or your unable to align with his appearance availability, our booking agents can provide you a list of talent that aligns with your event theme, budget and event date.

Ambassador Edward Walker is the Christian Johnson Professor at Hamilton College in Clinton, New York. He recently resigned as President and Chief Executive Officer of the Middle East Institute, a highly regarded Washington-based think tank on Middle East policy, but will remain associated with the organization as an Adjunct Scholar. Prior to assuming that position in 2001, Walker worked with Collin Powell for five months in the new Bush administration as Assistant Secretary of State for Near Eastern Affairs, a position he had previously held under Madeleine Albright during the second Clinton Administration. During that time he helped initiate and negotiate US policy toward Iraq including a complete revision to our sanctions policy. He also engaged in recalibrating our policies toward Iran and the Middle East peace process.

One of Walker’s many distinctions includes being the only US official who has served as Ambassador to both Israel and Egypt and as Assistant Secretary for the region. His diplomatic career includes successive years as Ambassador to the United Arab Emirates, the United Nations, the Arab Republic of Egypt, and Israel. In the course of his 35 year career, Walker worked with every Israeli Prime Minister since Golda Maier, with Presidents Sadat and Mubarak of Egypt, with Presidents Assad and Bashar Assad of Syria, with King Fahd and Crown Prince Abdullah of Saudi Arabia, and with Kings Hussein and Abdullah of Jordan, among others. During his time as Ambassador in Israel, Walker worked closely with Prime Minister Netanyahu and Foreign Minister Ariel Sharon in preparation for the Wye negotiations. In Egypt he worked with Vice-President Gore and President Mubarak on a major initiative to reform the Egyptian economy. He also worked with US and Egyptian intelligence officials to counter the terrorist threat facing that country. He has personally worked with and maintains a relationship with every current Middle East leader with whom the US has relations.

Walker regularly contributes articles and commentary to major US and Middle East newspapers and publications. He appears frequently on national and foreign TV and radio, including Arabic Television news broadcasts where he offers an American perspective on issues of the day and on matters critical to building better relations between the peoples of the Middle East and the US. He regularly testifies before Congress and works with the Administration on efforts to improve our public diplomacy in the Middle East and to deal with issues in the region.

An accomplished professional speaker known for his work on both sides of the Arab-Israeli conflict, Walker offers intimate knowledge and even-handed analysis of the Middle East, its politics and its people. Walker has been a consistent advocate for tolerance and peace and a constant, strong opponent of terrorism as both inhuman and counterproductive.

He is currently a member of the Aspen Institute Middle East Strategy Group and serves on several nonprofit boards including Seeds of Peace and the George Washington University Global Advisory Board.

He holds a Bachelor’s degree in Philosophy from Hamilton College and a Master’s degree in International Relations from Boston University. He is the recipient of various US Government honors and has an honorary doctorate from Hamilton College, where he twice served as the Linowitz Professor of Middle East Studies. He has studied both Arabic and Hebrew and has a working knowledge of French.