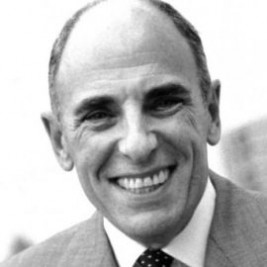 Businesses, Non-profit organizations, event planners and companies across the country have worked closely with our booking agents to hire Edward Klein for a speaking engagements, guest appearances, product endorsements and corporate events. Many of those same clients have continued to turn to our speakers bureau as we can easily align Edward Klein’s availability with their upcoming seminar, gala, annual conference, corporate function, and grand opening. Our close relationship with Edward Klein’s booking agent and management team further enables us to provide inquiring clients with Edward Klein’s speaking fee and appearance cost.

If your goal is to hire Edward Klein to be your next keynote speaker or to be the next brand ambassador our celebrity speakers bureau can assist. If Edward Klein’s booking fee is outside your companies budget or your unable to align with his appearance availability, our booking agents can provide you a list of talent that aligns with your event theme, budget and event date.

Edward Klein is a well-known editor, writer and public speaker with a distinguished career in American journalism. After serving an apprenticeship as a copy boy for the New York Daily News, he went on to earn a master’s degree from Columbia University’s Graduate School of Journalism, which awarded him a traveling fellowship to Japan. There, he learned to speak Japanese and traveled throughout Asia as a foreign correspondent for United Press International. Upon his return to New York, he joined Newsweek, where he became foreign editor and then assistant managing editor with jurisdiction over foreign and military affairs.

Since leaving The Times, Edward Klein has written many articles for Vanity Fair and other national magazines. For Parade, he wrote “Walter Scott’s Personality Parade,” the most widely read column in the English language.

His nonfiction books have all appeared on The New York Times Best Seller List. They include: "The Truth About Hillary;" "Katie: The Real Story;" "Ted Kennedy: The Dream That Never Died;" and "The Amateur: Barack Obama in the White House." His latest books include "Blood Feud: The Clintons Vs. The Obamas" and "Unlikeable: The Problem with Hilary."

Edward Klein is also a novelist. He is the co-author of "If Israel Lost the War" and the author of "The Parachutists."