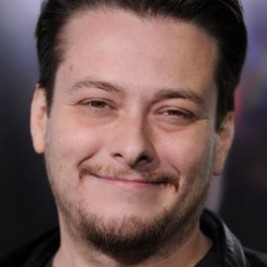 Businesses, Non-profit organizations, event planners and companies across the country have worked closely with our booking agents to hire Edward Furlong for a speaking engagements, guest appearances, product endorsements and corporate events. Many of those same clients have continued to turn to our speakers bureau as we can easily align Edward Furlong’s availability with their upcoming seminar, gala, annual conference, corporate function, and grand opening. Our close relationship with Edward Furlong’s booking agent and management team further enables us to provide inquiring clients with Edward Furlong’s speaking fee and appearance cost.

If your goal is to hire Edward Furlong to be your next keynote speaker or to be the next brand ambassador our celebrity speakers bureau can assist. If Edward Furlong’s booking fee is outside your companies budget or your unable to align with his appearance availability, our booking agents can provide you a list of talent that aligns with your event theme, budget and event date.

Edward Furlong is best known for his film roles as John Connor in Terminator 2: Judgment Day and Daniel Vinyard in American History X. He is a two-time Saturn Award nominee, winning the 1992 Saturn Award for Best Performance by a Younger Actor for his work in Terminator 2. He also won the 1992 MTV Movie Award for Best Breakthrough Performance for his work in the film.

In 1991, Furlong began his film career as John Connor in Terminator 2: Judgment Day, a role that earned him an MTV Movie Award for Best Breakthrough Role and a Saturn Award for best young actor. He was discovered for the part by casting director Mali Finn while visiting the Pasadena Boys and Girls Club.

He followed this role with a string of moderately successful high-profile films and indies, sharing the screen with Meryl Streep and Liam Neeson in Before and After; Tim Roth, Maximilian Schell, and Vanessa Redgrave in Little Odessa; and Anthony Edwards in Pet Sematary Two.

In 1993, Furlong was featured in Aerosmith's music video for "Livin' on the Edge". This was also the only major Aerosmith video from Get a Grip not to feature Alicia Silverstone. He played the lead role of Michael Brower, a horror and videogame-obsessed teen in the 1994 film Brainscan. In 1995, he starred in the film adaptation of Truman Capote's The Grass Harp.

In 1998, he starred in American History X alongside Edward Norton and appeared in his first comedy role in Pecker, directed by John Waters. In 1999, he starred in the film Detroit Rock City. During filming he met Natasha Lyonne, whom he then dated.

In 2000, Furlong played a young convict in Steve Buscemi's film Animal Factory. The following year, he took a role in I Cavalieri che fecero l'impresa aka The Knights of the Quest, a film by Italian filmmaker Pupi Avati. Furlong worked steadily over the next few years, acting in five other films between 2003 and 2005.

In 2005, Furlong played the lead in the fourth film in The Crow series, The Crow: Wicked Prayer, alongside David Boreanaz and Tara Reid. The film was planned for a theatrical release, but eventually went straight to DVD.

He starred as Jimmy in Jimmy & Judy in 2006, during which time he met Rachael Bella. The two became romantically involved and later married. In 2006 and again in 2010, Furlong appeared as a guest star on five episodes of the television program CSI: NY as character Shane Casey.

Furlong appeared in the 2009 remake of the 1988 horror classic Night of the Demons shot in New Orleans.

Several of Furlong's recent films are still in post-production, or have been shown at film festivals rather than in major theatrical release. He appeared in the film Kings Highway, which was due to be released 2010. He starred in Mortician 3D alongside Method Man. He played the role of Ravi in the psychological thriller Crave, which was filmed in Detroit, Michigan. Furlong plays the lead role alongside Michael Berryman in the upcoming Canadian horror thriller Below Zero 3-D.

He also had a role in the 2011 Seth Rogen film, The Green Hornet.

In 2011 he starred in This is not a Movie, an English language Mexican film written and directed by Olallo Rubio and co starring Peter Coyote and Edi Gathegi. The film is scored by ex-Guns N' Roses guitarist Slash. The film was released in Germany in 2010 and Mexico in January 2011.