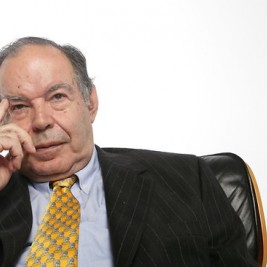 Businesses, Non-profit organizations, event planners and companies across the country have worked closely with our booking agents to hire Edward deBono for a speaking engagements, guest appearances, product endorsements and corporate events. Many of those same clients have continued to turn to our speakers bureau as we can easily align Edward deBono’s availability with their upcoming seminar, gala, annual conference, corporate function, and grand opening. Our close relationship with Edward deBono’s booking agent and management team further enables us to provide inquiring clients with Edward deBono’s speaking fee and appearance cost.

If your goal is to hire Edward deBono to be your next keynote speaker or to be the next brand ambassador our celebrity speakers bureau can assist. If Edward deBono’s booking fee is outside your companies budget or your unable to align with his appearance availability, our booking agents can provide you a list of talent that aligns with your event theme, budget and event date.

Dr. Edward de Bono is widely regarded as the world's leading authority in the field of creative and conceptual thinking, and the direct teaching of thinking as a skill. He has authored 60 books translated into 35 languages on the topic of thinking. His sessions, invariably sellouts, are sought after by business, government and education globally. Edward de Bono was born in Malta and graduated from the University of Malta. He proceeded as a Rhodes Scholar to Oxford, where he earned his MD, and two Ph.D.'s. He has held faculty appointments at the University of Oxford, Cambridge, London and Harvard. He is the originator of the term "Lateral Thinking" which has an official entry in the Oxford English Dictionary, and the extremely popular "Six Thinking Hats" concept. Dr. Edward deBono has made two TV series: "De Bono's Thinking Course" for the BBC, and "The Greatest Thinkers" for WDR, Germany. Peter Veberroth, who organized the Olympic Games in Los Angeles, and for the first time ever turned a profit, attributed his success to the use of De Bono's Lateral thinking tools. So did John Bertrand, skipper of the successful challenge for the America's Cup. Ron Barbaro, past president of Prudential Insurance (USA) also attributed his invention of "living needs benefits" package, which revolutionized the insurance industry, to the power of the de Bono tools. His corporate clients include: IBM, DuPont, Prudential, Siemens, Electrolux, Shell, Exxon, NTT, Motorola, Nokia, Ericsson, Ford, Microsoft, AT&T, and Saatchi, and many more. A few recent highlights include: The international Astronomical Union named a planet after Dr. Edward deBono in recognition of his contribution to humanity. A group of South African University professors compiled a list of the 250 most influential people in the history of humanity and included Dr. de Bono. At an International Thinking Conference in Boston, Dr. Edward de Bono was given an award as a pioneer in the field of “teaching thinking”. There are 4 million references to Dr. deBono on the Internet.