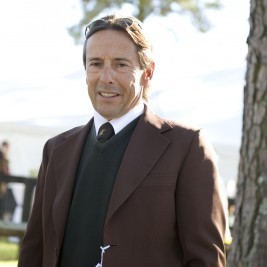 Businesses, Non-profit organizations, event planners and companies across the country have worked closely with our booking agents to hire Eddie Maple for a speaking engagements, guest appearances, product endorsements and corporate events. Many of those same clients have continued to turn to our speakers bureau as we can easily align Eddie Maple’s availability with their upcoming seminar, gala, annual conference, corporate function, and grand opening. Our close relationship with Eddie Maple’s booking agent and management team further enables us to provide inquiring clients with Eddie Maple’s speaking fee and appearance cost.

If your goal is to hire Eddie Maple to be your next keynote speaker or to be the next brand ambassador our celebrity speakers bureau can assist. If Eddie Maple’s booking fee is outside your companies budget or your unable to align with his appearance availability, our booking agents can provide you a list of talent that aligns with your event theme, budget and event date.

Eddie Maple was born November 8, 1948 in Carrollton, Ohio and is a retired American thoroughbred horse racing jockey. One of eight brothers and sisters, he was an older brother to jockey Sam Maple who won more than 2,500 races. He began riding horses at age 12 and won his first race as a professional at 17. He went on to be one of the top jockeys in the United States and a National Hall of Fame inductee.

He began his racing career in Ohio and West Virginia, and moved to tracks in New Jersey in 1970, but then later relocated to New York in 1971.

Maple was the jockey for Hall of Famer Riva Ridge in the 1973 Marlboro Cup, getting the ride when regular jockey Ron Turcotte rode Secretariat to victory in the same race. His strong 2nd place performance earned him the opportunity of a lifetime later that year when Turcotte was suspended from riding for five days, and Eddie Maple rode Secretariat to victory in his last race, the Canadian International Stakes at Woodbine Racetrack. In 1982 he scored his second win in the Canadian International with Majesty's Prince.

In 1980, Eddie Maple won the Belmont Stakes aboard Temperence Hill and again in 1985 on Creme Fraiche. He competed in nine Kentucky Derbys, his best finish a second in 1982 behind winner Gato Del Sol. Among his other major victories, Eddie Maple won the Travers Stakes three times, the Kentucky Oaks, the Arlington Million, and the 1991 Italian 1,000 Guineas in Rome, Italy.

In 1995, Eddie Maple was voted the George Woolf Memorial Jockey Award, and in 1998, the Mike Venezia Memorial Award. He retired in 1998 with 4,398 wins. He and his wife ran a retail home and garden store on Long Island, New York until 2005 when they sold the business and took on the position of General Manager at the Rose Hill Plantation Equestrian Boarding And Teaching Center in Bluffton, South Carolina.

Eddie was inducted into the National Racing Hall of Fame in 2009.