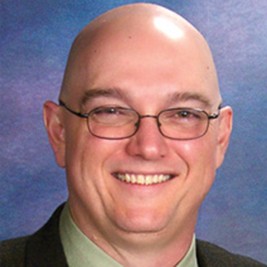 Businesses, Non-profit organizations, event planners and companies across the country have worked closely with our booking agents to hire Ed Morrissey for a speaking engagements, guest appearances, product endorsements and corporate events. Many of those same clients have continued to turn to our speakers bureau as we can easily align Ed Morrissey’s availability with their upcoming seminar, gala, annual conference, corporate function, and grand opening. Our close relationship with Ed Morrissey’s booking agent and management team further enables us to provide inquiring clients with Ed Morrissey’s speaking fee and appearance cost.

If your goal is to hire Ed Morrissey to be your next keynote speaker or to be the next brand ambassador our celebrity speakers bureau can assist. If Ed Morrissey’s booking fee is outside your companies budget or your unable to align with his appearance availability, our booking agents can provide you a list of talent that aligns with your event theme, budget and event date.

When Ed Morrissey first launched the conservative political blog "Captain's Quarters" in October 2003, he could hardly have predicted the impact that his venture would have on the media and political debate. As the New Media emerged as a counterbalance to established media sources, "Captain Ed", as he is known to his readers, rode his prolific essays about national politics, foreign policy, the presidential election, and the failings of the mainstream media to the vanguard of the New Media movement. Edward Morrissey's efforts as a leading blogger have tremendous reach; most recently, his revelations about secret testimony in a Canadian political scandal threatened to topple the Liberal Party government. Captain's Quarters has led the effort to bring accountability to mainstream media sources such as CNN and its former head of programming, Eason Jordan, who resigned under pressure from the New Media for his unsubstantiated allegations about assassination plots by the US military to target journalists in war zones. Ed Morrissey also writes extensively on First Amendment issues for the blogosphere and is one of the original signatories for the Online Coalition, a nonpartisan group of bloggers which demands equal treatment for New Media citizen journalists as their corporate brethren of the mainstream news outlets.

Edward has helped to create a model for success and expansion of the influence of the blogosphere into other communication channels. His essays have appeared in the New York Sun, the New York Post, and the Daily Standard. Ed Morrissey also co-hosts a weekly talk-radio show in Minneapolis with a group of Twin Cities bloggers, and has appeared on television and radio in the United States and Canada for his commentary on breaking news stories. His breadth of experience, engaging style, and cultivation of loyal readership - over 25,000 daily visitors - give him unique insight into the past, present, and future of the New Media.