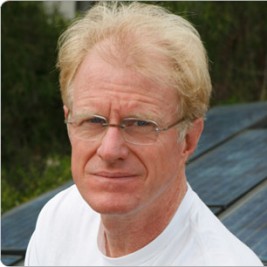 Businesses, Non-profit organizations, event planners and companies across the country have worked closely with our booking agents to hire Ed Begley Jr. for a speaking engagements, guest appearances, product endorsements and corporate events. Many of those same clients have continued to turn to our speakers bureau as we can easily align Ed Begley Jr.’s availability with their upcoming seminar, gala, annual conference, corporate function, and grand opening. Our close relationship with Ed Begley Jr.’s booking agent and management team further enables us to provide inquiring clients with Ed Begley Jr.’s speaking fee and appearance cost.

If your goal is to hire Ed Begley Jr. to be your next keynote speaker or to be the next brand ambassador our celebrity speakers bureau can assist. If Ed Begley Jr.’s booking fee is outside your companies budget or your unable to align with his appearance availability, our booking agents can provide you a list of talent that aligns with your event theme, budget and event date.

Edward James "Ed" Begley, Jr. is an American actor and environmentalist. Begley has appeared in hundreds of films, television shows, and stage performances. He is best known for his role as Dr. Victor Ehrlich, on the television series St. Elsewhere, for which he received six consecutive Emmy Award nominations, and his most recent reality show about green living called Living With Ed on Planet Green with his wife, actress Rachelle Carson-Begley. Since then, Ed has moved easily among feature, television and theatre projects. Ed co-starred in the Woody Allen movie Whatever Works with Larry David, as well as the Seth Rogan/Judd Apatow film Pineapple Express, and a number of Christopher Guest films, including A Mighty Wind, Best In Show and For Your Consideration. Other feature film credits include Batman Forever, The Accidental Tourist and The In-Laws. On television, Ed just completed Muhammad Ali’s Greatest Fight, an HBO movie with Christopher Plummer, Danny Glover and Frank Langella. He also starred in the HBO movie Recount with Kevin Spacey, Tom Wilkinson and Laura Dern, and appeared in recurring roles on Six Feet Under, Arrested Development and Boston Legal. In 2012, he starred in David Mamet’s November at the Mark Taper Forum, and has appeared in several other works by this amazing playwright: The Cryptogram, in Boston, New York and Los Angeles, as well as Romance, also at the Mark Taper Forum. Ed Begley Jr.Ed has directed several episodes of the hit show NYPD Blue. He also wrote and directed the play Cesar and Ruben, which won a Nos Otros Award and four Valley Theater League Awards. He is one of the Governors of the Motion Picture Academy and he lives in a solar-powered home and drives an electric car. Ed and his family are currently documenting construction of a LEED Platinum-certified home for Begley Street, a television and Web series produced by Make It Happen Productions. Both shows are set to launch later this year.

Since 1970, he has been an environmentalist, beginning with his first electric vehicle, recycling, and becoming a vegan. He promotes eco-friendly products like the Toyota Prius, Envirolet composting toilets and Begley's Best Household Cleaner. Begley's home is 1,585 square feet in size using solar power and also uses wind power via a PacWind vertical-axis wind turbine, an air conditioning unit made by Greenway Design Group, LLC., and an electricity-generating bicycle used to toast bread, and he pays around $300 a year in electric bills. Arguing that the suburban lawn is environmentally unsustainable, especially in Southern California owing to water shortage, he has converted his own to a drought-tolerant garden composed of native California plants. Though he is noted for riding bicycles and using public transportation, he owns a 2003 Toyota RAV4 EV electric-powered vehicle.