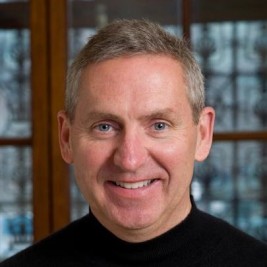 Businesses, Non-profit organizations, event planners and companies across the country have worked closely with our booking agents to hire Eason Jordan for a speaking engagements, guest appearances, product endorsements and corporate events. Many of those same clients have continued to turn to our speakers bureau as we can easily align Eason Jordan’s availability with their upcoming seminar, gala, annual conference, corporate function, and grand opening. Our close relationship with Eason Jordan’s booking agent and management team further enables us to provide inquiring clients with Eason Jordan’s speaking fee and appearance cost.

If your goal is to hire Eason Jordan to be your next keynote speaker or to be the next brand ambassador our celebrity speakers bureau can assist. If Eason Jordan’s booking fee is outside your companies budget or your unable to align with his appearance availability, our booking agents can provide you a list of talent that aligns with your event theme, budget and event date.

Eason Jordan was the Chief News Executive for CNN. He has played an integral role in planning CNN's coverage of  world events and planning.

Eason Jordan worked at CNN from 1982 until he resigned in 2005 and won two Emmy Awards, two Peabody Awards and the DuPont-Columbia Award.

In January of 2005, during the World Economic Forum annual meeting in Davos, Switzerland,  Jordan was reported to have said that U.S.troops were targeting journalists in Iraq. He has since backtracked from the statement and tapes of the event have not been released to the public.

In February of 2005, Jordan resigned to "prevent CNN from being unfairly tarnished by the controversy over conflicting accounts of my recent remarks regarding the alarming number of journalists killed in Iraq."

After his departure from CNN, Jordan founded Praedict, which describes itself as a "war zone-focused media company providing customized, up-to-the-minute news, intelligence, and safety tips to those in harm's way."