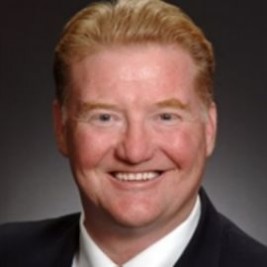 Businesses, Non-profit organizations, event planners and companies across the country have worked closely with our booking agents to hire Earl Johnson for a speaking engagements, guest appearances, product endorsements and corporate events. Many of those same clients have continued to turn to our speakers bureau as we can easily align Earl Johnson’s availability with their upcoming seminar, gala, annual conference, corporate function, and grand opening. Our close relationship with Earl Johnson’s booking agent and management team further enables us to provide inquiring clients with Earl Johnson’s speaking fee and appearance cost.

If your goal is to hire Earl Johnson to be your next keynote speaker or to be the next brand ambassador our celebrity speakers bureau can assist. If Earl Johnson’s booking fee is outside your companies budget or your unable to align with his appearance availability, our booking agents can provide you a list of talent that aligns with your event theme, budget and event date.

Earl Johnson's background includes a Bachelors degree in Economics from the University of Washington and a 28 year career in the Financial Services industry which has included positions as President and CEO, Senior Vice President, Managing Director, Vice President, and Business Unit Manager with enterprises ranging from startups to large diversified financial services corporations.

In March 2001, Johnson accepted a job in New York and began commuting from Bainbridge Island to his new office on the 51st floor of the World Trade Center. On the morning of September 11, Johnson arrived at work half an hour earlier than usual. He heard a loud explosion, followed by a shaking and swaying of the building so massive that he was lifted off the floor and thrown into a nearby wall. The story of his narrow escape from the World Trade Center, as well as the pain and the courage he witnessed that day are captured in "Stairwell to Heaven -- A 9-11 World Trade Center Survivor's Story of Escape, Heroism ... and Family."

Rooted in the reality of the environment he encountered that morning in September 2001, Earl brings the listener right along with him as he descends the "Stairwell To Heaven." In the process, he provides each audience with a gift, an ability to gain new perspectives and insights that they in turn can successfully apply to the benefit of their own lives and circumstances.

Following the completion and publication of his book, Earl turned his energy full time toward bringing his inspirational keynote messages to a wide range of audiences. These include:

After 9-11, Earl returned to Bainbridge Island, just across Puget Sound from Seattle. He enjoys the benefits of Pacific Northwest living including boating, skiing and fishing.

As a direct result of the sacrifice he witnessed by First Responders that morning in September 2001, Earl ran for, was elected and served three years as a Fire Commissioner for the Bainbridge Island Fire Department. He has additionally served as a Board member of various community based organizations.