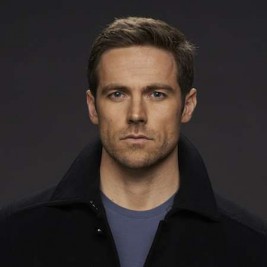 Businesses, Non-profit organizations, event planners and companies across the country have worked closely with our booking agents to hire Dylan Bruce for a speaking engagements, guest appearances, product endorsements and corporate events. Many of those same clients have continued to turn to our speakers bureau as we can easily align Dylan Bruce’s availability with their upcoming seminar, gala, annual conference, corporate function, and grand opening. Our close relationship with Dylan Bruce’s booking agent and management team further enables us to provide inquiring clients with Dylan Bruce’s speaking fee and appearance cost.

If your goal is to hire Dylan Bruce to be your next keynote speaker or to be the next brand ambassador our celebrity speakers bureau can assist. If Dylan Bruce’s booking fee is outside your companies budget or your unable to align with his appearance availability, our booking agents can provide you a list of talent that aligns with your event theme, budget and event date.

Dylan Bruce has established himself well in television. Bruce was born in Vancouver, Canada and raised in Seattle, Washington. In 2005 Bruce appeared on the mini-series “24: Conspiracy” (2005), the spin-off to the original Kiefer Sutherland series “24” (2001). The spin-off lasted for only a season, but the show landed him on the cover of Variety and Bruce continued making frequent television appearances across a steady length of series.

He made his official film debut with the fast-paced action outing “Unstoppable” (2010), which stars veteran actor Denzel Washington and Chris Pine. Afterwards, Bruce had a recurring role on the series “The Bay” (2010) before landing work in the television movie thriller “Willed to Kill” (2012).

In 2013, Bruce joined the cast of the drama series “Orphan Black” (2013) which cast him as the love-to-hate character Paul Dierden or as fans affectionately named him, ‘Hot Paul.’ The second season debuted in April 2014.

Bruce continued his streak in appearing in cult favorites projects, appearing in the salacious Lifetime film “Flowers in the Attic” and the sequel, “Petals on the Wind.”