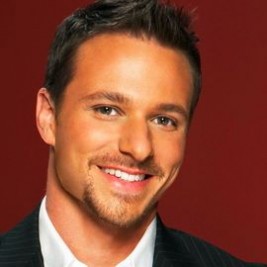 Businesses, Non-profit organizations, event planners and companies across the country have worked closely with our booking agents to hire Drew Lachey for a speaking engagements, guest appearances, product endorsements and corporate events. Many of those same clients have continued to turn to our speakers bureau as we can easily align Drew Lachey’s availability with their upcoming seminar, gala, annual conference, corporate function, and grand opening. Our close relationship with Drew Lachey’s booking agent and management team further enables us to provide inquiring clients with Drew Lachey’s speaking fee and appearance cost.

If your goal is to hire Drew Lachey to be your next keynote speaker or to be the next brand ambassador our celebrity speakers bureau can assist. If Drew Lachey’s booking fee is outside your companies budget or your unable to align with his appearance availability, our booking agents can provide you a list of talent that aligns with your event theme, budget and event date.

Andrew John Drew Lachey (born August 8, 1976) is an American singer and actor, known as a member of 98 Degrees, the winner of the second season of Dancing with the Stars, and is the younger brother of Nick Lachey.

He was a member of the pop group 98 Degrees, alongside his brother Nick Lachey, and other band members, Justin Jeffre and Jeff Timmons. Since 98 Degrees, Lachey made a guest appearance on Hollywood Squares in 2001, performed on Broadway as Mark Cohen in the musical Rent from January 3 to March 21, 2005, and has also had several guest appearances on Nicks MTV show Newlyweds: Nick and Jessica. In June 2008, Lachey joined the Broadway company of Monty Pythons Spamalot as Patsy, the faithful manservant to King Arthur and stayed with the show for three months.

Lachey was a celebrity dancer on the second season of Dancing with the Stars with professional dance partner Cheryl Burke. At the beginning of the sixth week of competition (aired in February 2006), Lachey and Burke earned a perfect score of 30 with their tango. In the eighth and final week, they earned a score of 30 on each of their two dances, the Paso Doble and freestyle, giving them the highest score for the week. On February 26, 2006, they were crowned the champions of Dancing with the Stars.