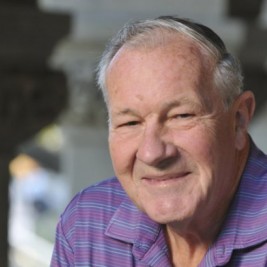 If your goal is to hire Dr. Michael H. Armacost to be your next keynote speaker or to be the next brand ambassador our celebrity speakers bureau can assist. If Dr. Michael H. Armacost’s booking fee is outside your companies budget or your unable to align with his appearance availability, our booking agents can provide you a list of talent that aligns with your event theme, budget and event date.

In his current role as Shorenstein Distinguished Fellow, Michael Armacost has been at the Walter H. Shorenstein Asia-Pacific Research Center (Shorenstein APARC) since 2002. In the interval between 1995 and 2002, Armacost served as president of Washington, DC's Brookings Institution, the nation's oldest think tank and a leader in research on politics, government, international affairs, economics, and public policy. Previously, during his twenty-four year government career, Armacost served, among other positions, as undersecretary of state for political affairs and as ambassador to Japan and the Philippines.

Armacost began his career in academia, as a professor of government at Pomona College. In 1969, he was awarded a White House Fellowship and was assigned to the Secretary and Deputy Secretary of State. Following a stint on the State Department's policy planning and coordination staff, he became a special assistant to the US Ambassador in Tokyo from 1972 to 1974, his first foreign diplomatic post. Thereafter, he held senior Asian affairs and international security posts in the State Department, the Defense Department and the National Security Council. From 1982 to 1984, he served as US Ambassador to the Philippines, and was a key force in helping the country undergo a nonviolent transition to democracy. In 1989, President George Bush tapped him to become ambassador to Japan, considered one of the most important and sensitive US diplomatic posts abroad.

Armacost is the author of three books, the most recent of which, "Friends or Rivals?," was published in 1996 and draws on his tenure as ambassador. He also co-edited, with Daniel Okimoto, the "Future of America's Alliances in Northeast Asia," published in 2004 by Shorenstein APARC. Armacost has served on numerous corporate and nonprofit boards, including TRW, AFLAC, Applied Materials, USEC, Inc., Cargill, Inc., and Carleton College, and he currently chairs the board of The Asia Foundation.