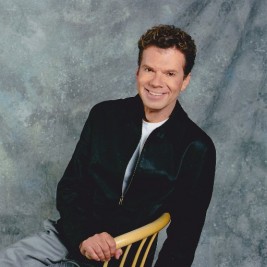 If your goal is to hire Dr. Michael Guillen to be your next keynote speaker or to be the next brand ambassador our celebrity speakers bureau can assist. If Dr. Michael Guillen’s booking fee is outside your companies budget or your unable to align with his appearance availability, our booking agents can provide you a list of talent that aligns with your event theme, budget and event date.

A three-time Emmy Award winner, best-selling author, and former Harvard University instructor, Dr. Michael Guillen is known and loved by millions as the ABC News Science Editor, a post he filled for fourteen years (1988-2002).  In that capacity, he appeared regularly on Good Morning America, 20/20, Nightline and World News Tonight. He is host of “Where Did It Come From?,” a popular, weekly, one-hour primetime series for The History Channel that debuted in Fall 2006.

Among Dr. Guillen’s past television projects, he served as writer and host of the PBS special “Wit, Grit, and Robot Games,” the ten-part PBS series “Great Minds of Business” and “Great Minds of Medicine,” and the ABC special “SeaWorld Mother Earth Celebration” with co-host Mayim Bialik (“Blossom”). Additionally, he has brought his skills as a consultant and technical advisor to studios such as MGM, Fox and Buena Vista, as well as Walt Disney’s Epcot Center.

Over the years, Dr. Guillen has written hundreds of articles for many distinguished publications, from magazines such as Science News and Psychology Today to national newspapers including The New York Times and The Washington Post.  He is the best-selling author of two critically acclaimed books for the general public about mathematics: Bridges to Infinity: the Human Side of Mathematics and Five Equations that Changed the World: the Power and Poetry of Mathematics.  He is the author of Can a Smart Person Believe in God?, which tells of his lifelong attempt to reconcile his scientific career with his deeply religious upbringing, and Amazing Truths: How Science and the Bible Agree, which looks at ten great truths affirmed by science and the Bible.

A native of East Los Angeles, Dr. Guillen earned his B.S. from UCLA and his Ph.D. in physics, mathematics and astronomy from Cornell University. For eight years thereafter, he distinguished himself as an award-winning physics instructor at Harvard University. He has received Honorary Doctorates from the University of Maryland and Pepperdine University. A coveted public speaker, he is a member of the National Association of Science Writers and, in 2000, was elected to the renowned Explorers Club, a century-old professional society.

Dr. Michael Guillen is president of Spectacular Science Productions Inc., and Filmanthropy Media Incorporated, as well as chairman and president of Philanthropy Project. He lives in Nashville with his wife, son, horse Jim Dandy, donkeys Violet and Seymour and sheep Sir Barton and Lady Guinevere.