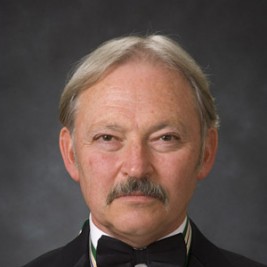 If your goal is to hire Dr. Max Cynader to be your next keynote speaker or to be the next brand ambassador our celebrity speakers bureau can assist. If Dr. Max Cynader’s booking fee is outside your companies budget or your unable to align with his appearance availability, our booking agents can provide you a list of talent that aligns with your event theme, budget and event date.

Dr. Max Cynader is Director of the Brain Research Centre, and the Djavad Mowafaghian Centre for Brain Health at Vancouver Coastal Health and The University of British Columbia (UBC). In addition, he holds the Canada Research Chair in Brain Development at UBC and is Professor of Ophthalmology. He is also a Member of the Order of Canada (CM), Member of the Order of British Columbia (OBC), Fellow of The Royal Society of Canada (FRSC), Fellow of The Canadian Academy for Health Sciences (FCAHS), and a Principal Investigator in Canada’s Network of Excellence in Stroke.

Dr. Cynader was born in Berlin, Germany in 1947 and obtained his B.Sc. at McGill University in 1967, and his Ph.D. from the Massachusetts Institute of Technology in 1972. Following postdoctoral training at the Max Planck Institute, Dr. Cynader held positions at Dalhousie University in Halifax, and in 1979 was awarded the E.W.R. Steacie Fellowship of the Natural Sciences and Engineering Research Council as one of Canada’s outstanding young scientists. He attained the rank of Professor of Psychology in 1981 and Professor of Physiology in 1984, and held the position of Killam Research Professor from 1984 to 1988. On arriving at UBC in 1988, Dr. Cynader headed the Ophthalmology Research Group at UBC until 1998, at which time he was appointed Founding Director of the Brain Research Centre.

Dr. Cynader’s research has focused on the nature of the processing performed by the cerebral cortex, especially the sensory cortices dealing with vision and audition, and on the neural and molecular mechanisms underlying the development and adaptability of the cortex. He has made important contributions to understanding the mechanisms by which early use or misuse of the brain affects its functioning for the rest of the organism’s life. He is the author of over 200 articles published in scientific journals, has presented over 350 papers at national and international scientific meetings, and is the holder of several patents. Dr. Cynader has made important contributions to technology development, and to the commercialization of research results. He is one of the scientific founders of NeuroVir, a Vancouver-based biotechnology company which has developed gene therapy products to treat brain diseases. This company, which grew to over 60 employees, was eventually sold to a German biotechnology company, which then took the NeuroVir technology into clinical trials. He was also the co-founder of Wavemakers Research, a software company which developed new and proprietary noise reducing technology. This technology is now in widespread use in over 20% of the world car market. He continues to play a mentoring/angel role in our technology community.

Dr. Cynader has received many honors during his career. Included among these are the Order of Canada (2008), the Order of British Columbia (2007), the Researcher of the Year award from Life Sciences BC (2007), the Science and Technology Champion award by Innovation BC (2004), the Canada Research Chair (2002), Gold Medal in Health Sciences (1995), Killam Research Prize (1981), and E.W.R. Steacie Fellowship (1979), among others. He was a semi-finalist in the Canadian Astronaut Programme, has served as President of the Canadian Association for Neuroscience. He currently co-chairs the Proof of Principal Committee of the CIHR, and has served on advisory/review panels for CIHR, United States Air Force, the International Human Frontiers of Science Program, the National Institutes of Health (U.S.A.), on the editorial board of many scientific journals including Brain Research, Developmental Brain Research, Clinical Vision Sciences, Neural Networks, and Visual Neuroscience.

As a Centre Director, Dr. Cynader has tried to communicate the importance of Brain Research to the lay public. A gifted communicator, who has received several Excellence in Teaching awards, Dr. Cynader has appeared on over a dozen television programs in the last 3 years, has made numerous radio appearances, and has made presentations to many lay groups including the Vancouver Institute, Probis, Avocis, Rotary Club, and various seniors groups. He has served as a spokesperson for the Alzheimer’s Society of British Columbia, the Heart and Stroke Foundation, Literacy BC, and currently sits on the Board of the Brain Canada Foundation.