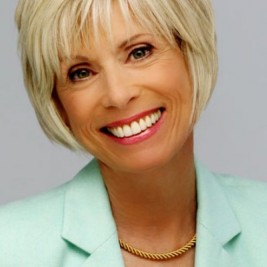 If your goal is to hire Dr. Laura Schlessinger to be your next keynote speaker or to be the next brand ambassador our celebrity speakers bureau can assist. If Dr. Laura Schlessinger’s booking fee is outside your companies budget or your unable to align with his appearance availability, our booking agents can provide you a list of talent that aligns with your event theme, budget and event date.

The show is nationally syndicated and runs three hours a day on weekdays.

Schlessinger is an outspoken critic of practices that she feels to have become too prevalent in contemporary American culture. These include: sex outside of marriage, living together before marriage (referred by her as "shacking up"), intentional single parenthood, daycare in lieu of mothers raising their own children, mothers working outside the home while the children are still young, marrying quickly or at a young age, permissive parenting, abortion, euthanasia, easy or no-fault divorce, and same-sex marriage. Her radio program often features short editorial monologues on these and other social and political topics, followed by her characteristically direct, no-nonsense, no-coddling responses to callers' questions and moral dilemmas.

She has also authored numerous self-help books, including the best-selling Ten Stupid Things Women Do to Mess Up Their Lives, and several religious books. The Proper Care and Feeding of Husbands has been her most successful. Her books are both controversial and extremely popular.

Born in 1947 in Brooklyn, New York to Monroe (Monty) Schlessinger and Yolanda Ceccovini Schlessinger, Schlessinger grew up first in Brooklyn, then in Long Island, New York. She has described her childhood in a dysfunctional family as unpleasant, due to extended family rejection of her mixed-marriage parents (her father was a non-practicing Jew, while her mother was an Italian non-practicing Roman Catholic) and due to what she has described as an unloving environment.

She was an only child for eleven years until the birth of her sister, Cindy. An excellent student, Schlessinger, received a bachelor degree from the State University of New York at Stony Brook and a Ph.D. in Physiology from Columbia University. A brief marriage in her early twenties ended in divorce, and she moved to Los Angeles where her parents had resettled.

She received her certification in Marriage, Family and Child Counseling from University of Southern California (USC) and taught at University of California, Los Angeles (UCLA), University of California, Irvine, and Pepperdine University. While working at USC, she met Dr. Lewis G. Bishop, who was married with dependent children. According to the subsequent divorce filings, they began an affair. They married eight years later, in early 1985, and he became her business manager. After the reversal of a tubal ligation, and later suffering an ectopic pregnancy, Schlessinger bore their only child Deryk Schlessinger in November 1985, when she was 38.

Schlessinger converted to Judaism in 1996, and she and her son Deryk joined the Conservative branch. Then in 1998 the entire family converted to Orthodox Judaism under Rabbi Reuven P. Bulka of Ottawa, Ontario. Schlessinger sometimes discussed religion on the show, giving examples from Judaism in order to illustrate resolutions of moral dilemas facing her callers, the vast majority of whom were not Jewish. She occasionally clarified ethical and moral issues with her local Orthodox Rabbi, Moshe D. Bryski, before mentioning them on the air. She was embraced by many in the politically conservative segment of Orthodox Judaism for bringing more awareness of Orthodoxy to her radio show. Schlessinger received a National Heritage award from the National Council of Young Israel in early 2001. Some of her expressed views were explicitly religious and found their way into her 1999 book The Ten Commandments: The Significance of God's Laws in Everyday Life, while many of her other views were purely secular in nature.

She has won awards from both media and conservative organizations, including the Marconi Award for Network/Syndicated Personality of the year, American Women in Radio & Television's Genii Award and National Heritage Award, and the National Religious Broadcasters' Chairman's Award. She also lectures on the national conservative circuit, and was the commencement speaker at Hillsdale College in June, 2003. Her son matriculated there the following fall; he subsequently left college and joined the United States Army under its 18x Special Forces contract program.

In July 2003, Schlessinger announced on her show that she was no longer an Orthodox Jew. In a series of monologues over the next month, she explained that she did not feel a connection with God and felt frustrated by the effort she had put into following the religion. She also mentioned envying the relationship with God described by her Christian fans.

Schlessinger's first radio engagement was as a call-in guest on the Bill Ballance show in 1974. Impressed by her quick wit and sense of humor, Ballance began featuring Schlessinger in a weekly segment. Eventually, she did her own shows on a series of small radio stations before landing her current show at KFI in Los Angeles.

The Dr. Laura Show was nationally syndicated in 1994. Schlessinger has characterized her show as a "moral health program" rather than as an "advice program". Her responses to callers usually display a trademark frankness and bluntness; she gets to the core of a caller's issue quickly rather than letting them talk for a long time. (Her approach has been likened to that of the highly successful Judge Judy television program. [1]) The Dr. Laura Show is tied for fourth highest-rated talk radio show in the United States. At its peak, it was the second-highest-rated radio show after The Rush Limbaugh Show and was heard on 471 radio stations.

She sold ownership of the show to Jacor Communications, Inc. for $71 million. Jacor was then sold to Clear Channel Communications. KFI remains her flagship station but Schlessinger now broadcasts from her new home in Santa Barbara, California.

As of November 2003, her show is syndicated to 275 stations, down from its peak. Stations lost include ones such as the high-ratings, strong-signal WABC-AM 770 in New York [2](it eventually resurfaced in New York on the low-visibility, Christian radio outlet WWDJ-AM 970 out of Hackensack, New Jersey). Much of the lost syndication came on the heels of moderate-conservative talk show host Sean Hannity, whose show debuted nationwide in 2001 in the same time slot (3 p.m. EST, 12 p.m. PST). As of Fall 2004, her audience is estimated at eight million listeners. [3] As of 2005, her show also airs on XM Satellite Radio.

In 2000, Schlessinger signed a deal with Paramount Television to do a Dr. Laura television program. Thousands of critics, particularly led by gay activist groups such as the Stop Dr. Laura website, threatened to boycott sponsors in advance of the show. This led to skepticism and reluctance on the part of potential advertisers. When the television show finally debuted in September 2000, many critics and viewers found it dull in format and lacking the energy and interest of her radio show. [7]

In November 2000, most stations moved the show to a less desirable time slot or replaced it entirely after the show started with low ratings, which then declined. There was also little sponsor interest in the show during its first nine weeks. The show was cancelled in March 2001 due to poor ratings. [8]

Schlessinger has published a number of books. Several follow the mold of her successful Ten Stupid Things Women Do to Mess Up Their Lives, with similarly named books giving advice for men, couples, and parents, others are more religious or moral in orientation. The later advice books emphasize religion more than the earlier works, until her announced departure from Orthodox Judaism in July, 2003.

Her most recent book, The Proper Care and Feeding of Husbands, has done extremely well. Many calls to the radio show discuss the new book and Schlessinger often refers to it. This latest work is a departure from her previous advice books - which tended to focus on pre-marital relationships and children. Proper Care asserts that men need direct comunication, respect, appreciation, food and good loving rather than tearing down the husband's sense of strength and importance. Her thesis is that wives have the power to change their husbands' attitudes by seeing to these needs, and then their husbands will "swim across shark infested waters to bring you lemonade." The book proposes that wives have the power to prompt devotion, compassion and love from their husbands. Critical reviews have been dismissive, but sales are very strong.