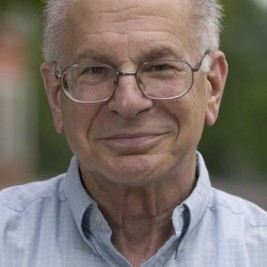 If your goal is to hire Dr. Daniel Kahneman to be your next keynote speaker or to be the next brand ambassador our celebrity speakers bureau can assist. If Dr. Daniel Kahneman’s booking fee is outside your companies budget or your unable to align with his appearance availability, our booking agents can provide you a list of talent that aligns with your event theme, budget and event date.

He is only the second psychologist to win a Nobel, and the first with a pure psychology background.

Daniel Kahneman was born in Tel Aviv and lived in France during the war. In 1946 he returned to Israel and studied at the Hebrew University in Jerusalem. During his time in the Israeli Defense Forces he devised a system for interviewing recruits that continued for several decades. After the army, he received his Ph.D. from Berkeley in 1961 and since then has taught at many universities throughout the world, including his alma mater, the University of British Columbia, and UC Berkeley before joining Princeton in 1993.

Kahneman's work is mainly in the field of psychology; however, he shared the 2002 Nobel Prize in economics with his collaborator Amos Tversky of Hebrew University. The prize was awarded "for having integrated insights from psychological research into economic science, especially concerning human judgment and decision-making under uncertainty". Kahneman argued that people think in terms of gains and losses but, in the short term especially, fear loss more than gain.

In one experiment to demonstrate their theory, Tversky and Kahneman took two groups of people and gave one an attractive coffee mug, while the second group was given nothing. The first group was allowed to choose whether they desired to keep the mug or to trade it for money. The second group was offered the choice between a mug or money. The researchers found that those without a mug were willing to accept less money than those who would have to give up the mug they already had. This implied that an individual's emotions, rather than cold rational calculations, affected their decision making.

Daniel Kahneman has received the most prestigious awards in the psychology field, including the Hilgard Award for Lifetime Contribution to General Psychology, the Warren Medal of the Society of Experimental Psychologist and the Grawemeyer Award for Psychologh. He earned a Ph.D. at the University of California, Berkeley.