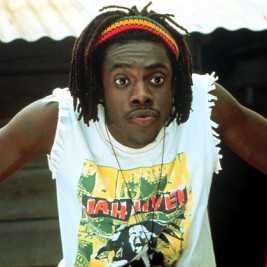 Businesses, Non-profit organizations, event planners and companies across the country have worked closely with our booking agents to hire Doug E. Doug for a speaking engagements, guest appearances, product endorsements and corporate events. Many of those same clients have continued to turn to our speakers bureau as we can easily align Doug E. Doug’s availability with their upcoming seminar, gala, annual conference, corporate function, and grand opening. Our close relationship with Doug E. Doug’s booking agent and management team further enables us to provide inquiring clients with Doug E. Doug’s speaking fee and appearance cost.

If your goal is to hire Doug E. Doug to be your next keynote speaker or to be the next brand ambassador our celebrity speakers bureau can assist. If Doug E. Doug’s booking fee is outside your companies budget or your unable to align with his appearance availability, our booking agents can provide you a list of talent that aligns with your event theme, budget and event date.

Lively and charismatic, Doug E. Doug segued from stand-up comedy to films and TV while barely out of his teens.

Doug was a fixture on the New York comedy club circuit while attending college.  Spike Lee spotted the comic performing at the famed Apollo Theater in Harlem and invited him to do a walk on for his feature "Mo' Better Blues" which led to a co-starring role in "Hangin' With the Homeboys." Doug followed up with a small role in Lee's "Jungle Fever" and larger parts in the Kid'N'Play vehicle, "Class Act" and "Dr. Giggles."

Doug joined ABC's primetime lineup as the star and co-producer of "Where I Live." He soon returned to features as one of the stars of Disney's "Cool Runnings." After  remaking Disney's "That Darn Cat!," he was back on television in the CBS sitcom "Cosby", as the boyfriend of Bill Cosby's daughter.