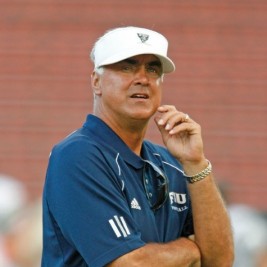 Businesses, Non-profit organizations, event planners and companies across the country have worked closely with our booking agents to hire Don Strock for a speaking engagements, guest appearances, product endorsements and corporate events. Many of those same clients have continued to turn to our speakers bureau as we can easily align Don Strock’s availability with their upcoming seminar, gala, annual conference, corporate function, and grand opening. Our close relationship with Don Strock’s booking agent and management team further enables us to provide inquiring clients with Don Strock’s speaking fee and appearance cost.

If your goal is to hire Don Strock to be your next keynote speaker or to be the next brand ambassador our celebrity speakers bureau can assist. If Don Strock’s booking fee is outside your companies budget or your unable to align with his appearance availability, our booking agents can provide you a list of talent that aligns with your event theme, budget and event date.

He is an alumnus of Virginia Tech and a former NFL quarterback, who spent the majority of his professional career with the Miami Dolphins and one season each with the Cleveland Browns and Indianapolis Colts before retiring as a player. His prior head coaching experience was during 1993 and 1994, when he coached the Miami Hooters and Massachusetts Marauders of the Arena Football League in successive seasons. He then moved on to be an assistant coach of the Rhein Fire in the World League during 1995 season. Between 1996-1998 seasons, he was the quarterbacks coach of the Baltimore Ravens in the NFL.

Don Strock is the first head football coach in FIU's history. He was named head coach on September 13, 2000, just shy of two years before the university's inaugural football game. Prior to being named head coach he was the director of football operations a job he had obtained the year before. His overall record at the end of the 2005 football season is 15-29.

Additionally, Strock is well-remembered for coming off the bench on January 2, 1982, for the Miami Dolphins in an AFC Divisional Playoff Game against the San Diego Chargers at the Miami Orange Bowl. Strock led Miami from a 24-0 deficit to tie the score in the 3rd quarter. Ultimately, Miami lost the game to San Diego, 41-38, in overtime. The game is also remembered for the image of San Diego tight end Kellen Winslow being helped of the field by his teammates while suffering from exhaustion. Strock finished the game with 29 of 43 completions for 403 yards and four touchdowns, with one interception. The game later became known as The Epic In Miami and has been called one of the greatest playoff games ever in NFL history.

To date, Strock still holds many collegiate football passing records at his alma mater Virginia Tech and was inducted into the Virginia Tech Athletics Hall of Fame in 1985.