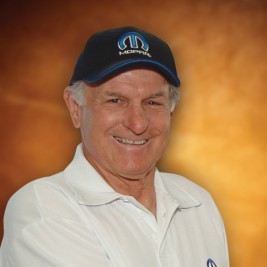 Businesses, Non-profit organizations, event planners and companies across the country have worked closely with our booking agents to hire Don Garlits for a speaking engagements, guest appearances, product endorsements and corporate events. Many of those same clients have continued to turn to our speakers bureau as we can easily align Don Garlits’s availability with their upcoming seminar, gala, annual conference, corporate function, and grand opening. Our close relationship with Don Garlits’s booking agent and management team further enables us to provide inquiring clients with Don Garlits’s speaking fee and appearance cost.

If your goal is to hire Don Garlits to be your next keynote speaker or to be the next brand ambassador our celebrity speakers bureau can assist. If Don Garlits’s booking fee is outside your companies budget or your unable to align with his appearance availability, our booking agents can provide you a list of talent that aligns with your event theme, budget and event date.

Donald Glenn "Don" Garlits born January 14, 1932, is an American race car driver and automotive engineer. He is considered the father of drag racing. He is known as "Big Daddy" to drag racing fans around the world. Always a pioneer in the field of drag racing, he perfected the rear-engine "top fuel dragster design", an innovation motivated by the loss of part of his foot in a dragster accident. This design was notably safer, since it put most of the fuel processing and rotating parts of the dragster behind the driver. The driver was placed in "clear air," in front of nearly all the mechanical components, thus protecting the driver and allowing him to activate a variety of safety equipment in the event of catastrophic mechanical failure or a fire. Garlits was an early promoter of the full-body, fire-resistant driver's suit - complete with socks and gloves, often branded as Nomex. Garlits was the first drag racer to officially surpass the 170, 180, 200, 240, 250, and 270 miles per hour marks in the quarter mile; he was also the first to top 200 in the 1/8 mile. Note that all official NHRA records require a "back-up" run during the course of the particular event where the record was set, to verify the newer, higher level of performance. Speed and elapsed time within 1 percent of the record. He has been inducted into several Halls of Fame and has won many awards during his career. In May 2014 at age 82, Garlits set a 184 mph speed record in an EV dragster, a battery-powered electric vehicle that does not burn fuel.