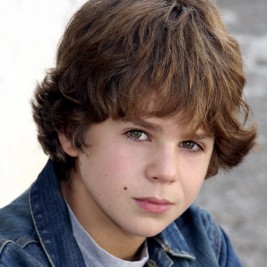 Businesses, Non-profit organizations, event planners and companies across the country have worked closely with our booking agents to hire Dominic Janes for a speaking engagements, guest appearances, product endorsements and corporate events. Many of those same clients have continued to turn to our speakers bureau as we can easily align Dominic Janes’s availability with their upcoming seminar, gala, annual conference, corporate function, and grand opening. Our close relationship with Dominic Janes’s booking agent and management team further enables us to provide inquiring clients with Dominic Janes’s speaking fee and appearance cost.

If your goal is to hire Dominic Janes to be your next keynote speaker or to be the next brand ambassador our celebrity speakers bureau can assist. If Dominic Janes’s booking fee is outside your companies budget or your unable to align with his appearance availability, our booking agents can provide you a list of talent that aligns with your event theme, budget and event date.

Dominic Janes was born February 11th 1994 in Arizona and appeared in the long running Medical drama ER as "Alex Taggart" son of Nurse Samantha Taggart played by Linda Cardellini. His other television appearances has been a guest role on Crossing Jordan and a recuring role on Dexter as "Young Dexter". He also played Jimmy Roberts in the 2006made for TV film Reanimated.

His feature film work include the 2006 indie Instant Dads as "Luke" and in 2007 as "Billy Madison" in Wild Hogs. The talented Dominic also is Jimmy on the series Out of Jimmy's Head.

He is an excellent mimic, and picks up languages and accents quickly. He often develops his characters by creating a playlist of music that represents them. His father is a poet and his mother is a lawyer. His grandfather was a heavyweight boxer, and there are many musicians in his family.