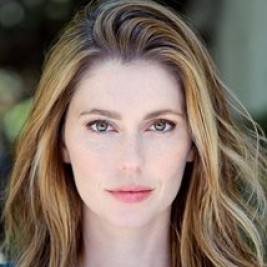 Businesses, Non-profit organizations, event planners and companies across the country have worked closely with our booking agents to hire Diora Baird for a speaking engagements, guest appearances, product endorsements and corporate events. Many of those same clients have continued to turn to our speakers bureau as we can easily align Diora Baird’s availability with their upcoming seminar, gala, annual conference, corporate function, and grand opening. Our close relationship with Diora Baird’s booking agent and management team further enables us to provide inquiring clients with Diora Baird’s speaking fee and appearance cost.

If your goal is to hire Diora Baird to be your next keynote speaker or to be the next brand ambassador our celebrity speakers bureau can assist. If Diora Baird’s booking fee is outside your companies budget or your unable to align with his appearance availability, our booking agents can provide you a list of talent that aligns with your event theme, budget and event date.

Diora Baird was born April 6, 1983 and is an American actress and former model for Guess? who has appeared in films such as Wedding Crashers (2005) and The Texas Chainsaw Massacre: The Beginning (2006).

In 2004, Baird also started earning acting roles, such as a guest appearance on the Drew Carey Show and in the low-budget film Brain Blockers. Her breakthrough appearance in a major film was in Wedding Crashers in 2005, which she followed up with roles in Accepted and Hot Tamale. In 2006, she appeared in four films, most notably a major role in the horror prequel The Texas Chainsaw Massacre: The Beginning.

Baird has also guest-starred in episodes of Big Day, Shark, The Loop, and Two and a Half Men (the 2009 episode Shell Still Be Dead At Halftime). She is to star in the movie 30 Days of Night: Dark Days, directed by Ben Keta.