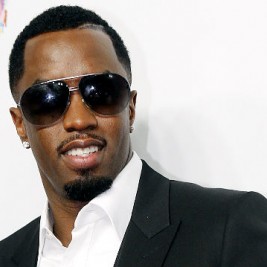 Book Diddy for a Speaking Engagement

Businesses, Non-profit organizations, event planners and companies across the country have worked closely with our booking agents to hire Diddy for a speaking engagements, guest appearances, product endorsements and corporate events. Many of those same clients have continued to turn to our speakers bureau as we can easily align Diddy’s availability with their upcoming seminar, gala, annual conference, corporate function, and grand opening. Our close relationship with Diddy’s booking agent and management team further enables us to provide inquiring clients with Diddy’s speaking fee and appearance cost.

If your goal is to hire Diddy to be your next keynote speaker or to be the next brand ambassador our celebrity speakers bureau can assist. If Diddy’s booking fee is outside your companies budget or your unable to align with his appearance availability, our booking agents can provide you a list of talent that aligns with your event theme, budget and event date.

Sean John Combs was born November 4, 1969, also known by his stage names Puff Daddy, Diddy, and P. Diddy, is an American rapper, record producer, actor, and entrepreneur. Combs was born in Harlem and grew up in Mount Vernon, New York. He worked as a talent director at Uptown Records before founding Bad Boy Records in 1993. He signed The Notorious B.I.G. and profited from the success of the artists he signed. He released his debut album No Way Out in 1997, which has been certified seven times platinum and was followed by successful albums such as Forever, The Saga Continues... and Press Play. In 2009 Combs formed the musical group Diddy – Dirty Money and released the critically well-reviewed and commercially successful album Last Train to Paris.

Combs has won three Grammy Awards and two MTV Video Music Awards, and is the producer of MTV's Making the Band. His non-music business ventures include the clothing lines Sean John and "Sean by Sean Combs" – for which he earned a Council of Fashion Designers of America award – a movie production company, and two restaurants. In 2012 Forbes estimated Combs' net worth at $550 million, making him the richest figure in hip hop.

On February 26, 2014, Combs premiered "Big Homie", featuring Rick Ross and French Montana, as the first single from his upcoming fifth studio album MMM, which was originally scheduled to be released that year. The song was released for digital download on March 24, and two days later the trailer for the music video was released. The full version of the music video was released on March 31. Combs is using his former stage name Puff Daddy for the album. In 2014 Puff and Guy Gerber announced that their joint album 11 11 will be available for free download. A new single called "Finna Get Loose" featuring Combs and Pharrell Williams was released on June 29, 2015.

In July 2015, Bad Boy Entertainment artist Gizzle told the press that she is collaborating with Combs on what she describes as his last album, titled No Way Out 2, a sequel to his 1997 debut. She describes the music as unique: "The mindset is to just be classic and to be epic. And to really live up to that ... we know it's a tall order, but we welcome the challenge."