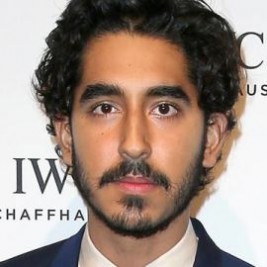 Businesses, Non-profit organizations, event planners and companies across the country have worked closely with our booking agents to hire Dev Patel for a speaking engagements, guest appearances, product endorsements and corporate events. Many of those same clients have continued to turn to our speakers bureau as we can easily align Dev Patel’s availability with their upcoming seminar, gala, annual conference, corporate function, and grand opening. Our close relationship with Dev Patel’s booking agent and management team further enables us to provide inquiring clients with Dev Patel’s speaking fee and appearance cost.

If your goal is to hire Dev Patel to be your next keynote speaker or to be the next brand ambassador our celebrity speakers bureau can assist. If Dev Patel’s booking fee is outside your companies budget or your unable to align with his appearance availability, our booking agents can provide you a list of talent that aligns with your event theme, budget and event date.

London-born Dev Patel had very little acting experience when he was chosen to play the lead role in the feature film “Slumdog Millionaire” (2008), which went on to achieve worldwide critical success, including an Oscar nomination for Best Picture.

Patel's only prior role was when he was picked from an open casting of hundreds to play the role of Anwar in the British cult series “Skins.” For his motion picture debut in “Slumdog Millionaire,” Patel was nominated for a BAFTA Film award. He also won a British Independent Film Award as Most Promising Newcomer and a Broadcast Film Critics Award for Best Young Actor/Actress under 21.

Next, he appeared in the action adventure “The Last Airbender” (2010) and the surprise hit comedy “The Best Exotic Marigold Hotel” (2012) opposite Judi Dench.

Patel joined the cast of Aaron Sorkin’s HBO drama “The Newsroom” in 2012 and remained an integral part of the cast until the show’s conclusion.

In addition to acting, Patel is a black belt in Tae Kwon Do and was a bronze medalist in the 2004 World Championships.