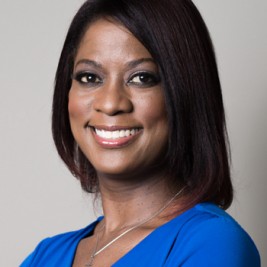 Businesses, Non-profit organizations, event planners and companies across the country have worked closely with our booking agents to hire Deneen Borelli for a speaking engagements, guest appearances, product endorsements and corporate events. Many of those same clients have continued to turn to our speakers bureau as we can easily align Deneen Borelli’s availability with their upcoming seminar, gala, annual conference, corporate function, and grand opening. Our close relationship with Deneen Borelli’s booking agent and management team further enables us to provide inquiring clients with Deneen Borelli’s speaking fee and appearance cost.

If your goal is to hire Deneen Borelli to be your next keynote speaker or to be the next brand ambassador our celebrity speakers bureau can assist. If Deneen Borelli’s booking fee is outside your companies budget or your unable to align with his appearance availability, our booking agents can provide you a list of talent that aligns with your event theme, budget and event date.

Deneen Borelli is the author of “Blacklash: How Obama and the Left are Driving Americans to the Government Plantation.” Deneen is the Director of Outreach with FreedomWorks, a grassroots organization that educates, trains and mobilizes volunteer activists to fight for limited government. Deneen is a contributor with Fox News and has appeared regularly on “Hannity,” “The O'Reilly Factor,” “Fox and Friends,” and “Your World with Neil Cavuto.” She has also appeared on Fox Business programs such as “Lou Dobbs Tonight,” “Imus in the Morning,” and “The Willis Report.” Deneen is also a frequent guest on Glenn Beck's “GBTV.” Previously, Deneen appeared on MSNBC, CNN, the BBC and C-SPAN. Deneen is a columnist with The Blaze.com, The Daily Caller.com, Newsmax Insider, and Fox News Opinion and her commentaries on the importance of freedom and limited government have been published by newspapers such as the Los Angeles Times, Philadelphia Inquirer, Chicago Tribune, Sacramento Bee, Baltimore Sun, Washington Examiner and Washington Times. Deneen is a frequent speaker at Tea Party rallies and political events, including the FreedomWorks 9.12.2009 March on D.C. that drew a crowd estimated at over 800,000 people. Previously, she was a Fellow with Project 21 and a Manager of Media Relations with the Congress of Racial Equality (CORE). In that capacity, Deneen was the Executive Producer and co-host on “The CORE Hour,” a weekly internet radio talk show. Prior to joining CORE, Deneen worked at Philip Morris USA for 20 years. During her corporate career at Philip Morris she worked in various positions, her last as Project Management Coordinator in the Information Management department where she was responsible for the department's mandated quality processes, communications, sales information and database management. Deneen began her Philip Morris career as a secretary and advanced to positions of increasing responsibilities. Deneen worked full-time and attended classes at night for 11 years to earn her B.A. in Managerial Marketing from Pace University, New York City. Deneen served on the Board of Trustees with The Opportunity Charter School in Harlem, New York. She has appeared in educational videos for children, worked as a runway fashion model, and auditioned for television commercials. Her interests include ancient history, pistol target shooting, photography, and volunteering at her church. Deneen currently resides in Westchester County, New York with her husband Tom.