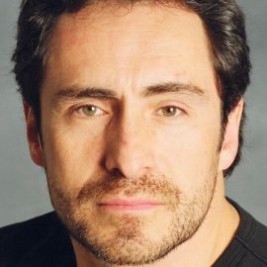 Businesses, Non-profit organizations, event planners and companies across the country have worked closely with our booking agents to hire Demian Bichir for a speaking engagements, guest appearances, product endorsements and corporate events. Many of those same clients have continued to turn to our speakers bureau as we can easily align Demian Bichir’s availability with their upcoming seminar, gala, annual conference, corporate function, and grand opening. Our close relationship with Demian Bichir’s booking agent and management team further enables us to provide inquiring clients with Demian Bichir’s speaking fee and appearance cost.

If your goal is to hire Demian Bichir to be your next keynote speaker or to be the next brand ambassador our celebrity speakers bureau can assist. If Demian Bichir’s booking fee is outside your companies budget or your unable to align with his appearance availability, our booking agents can provide you a list of talent that aligns with your event theme, budget and event date.

Bichir was nominated for an Academy Award for Best Actor in a Leading Role for his performance in A Better Life.

Bichir was born in Mexico City, Mexico, the son of actors Alejandro Bichir (Alejandro Bichir Batres) and Maricruz Nájera (María de la Cruz Nájera Botello).He began his acting career at the age of 14 in the telenovela Rina with Ofelia Medina. His second acting role was as an adult in Vivir enamorada – both telenovelas were during his years with Televisa. The following year he obtained a role in his first movie, the American production Choices of the Heart. He got his first starring character in the Telenovela El Rincon de los Prodigios where he acts as a stranger who performs miracles in front of the people confronting the corrupt authorities and the church.

He then continued his acting roles in telenovelas with film productions of Mexico, Spain and the United States. After a long retirement of the Mexican telenovelas in favor of a movie career, he went back to TV Azteca in the telenovela Nada Personal where he played the role of an honest detective trying to tackle corruption and drug problems in Mexico. His performance led him to act as the same detective in Con Toda El Alma.

His movie Sexo, pudor y lágrimas (1999) broke box-office records in Mexico becoming the #1 movie in the history of Mexican cinema. He performed one of the main characters and brought him sufficient praise to earn him the Ariel.

This movie brought a lot of attention to him and to his brothers. They acted in so many movies that in the MTV Movie Awards-México a special category was created: "Mejor Bichir en una Película" ("Best Bichir in a movie"). He earned this award for the 2003 film Bendito infierno (Holy Hell or Don't Tempt Me), in which he co-starred with Victoria Abril, Penélope Cruz, and Gael García Bernal.

His American debut occurred in the movie In the Time of the Butterflies (2001) starring Salma Hayek, based on the real life of a group of sisters that fought against the government of a Dominican dictator. Later he got some recognition when he depicted Fidel Castro in Steven Soderbergh's biopic Che (2008) on the life of Argentine revolutionary Che Guevara.

He was exposed to a wider American audience with his recurring role as Esteban Reyes, the corrupt mayor of Tijuana and love interest of Nancy Botwin from Season 4 to Season 7 of the Showtime series Weeds.

On 24 January 2012, he was nominated for an Academy Award for Best Actor in a Leading Role for his performance in A Better Life, where Bichir plays Carlos Galindo, an undocumented Mexican gardener who goes with his son to find his stolen vehicle while trying to convince his son to avoid becoming a delinquent.

His nomination came as a shock to both Mexican and American audiences alike since he had only been nominated for a Screen Actors Guild Award for Outstanding Performance by a Male Actor in a Leading Role beforehand. He is the first male Mexican actor to receive this nomination since Anthony Quinn. Though Bichir failed to win the award, he followed it up with roles in the major American releases Savages, The Heat, and Machete Kills.