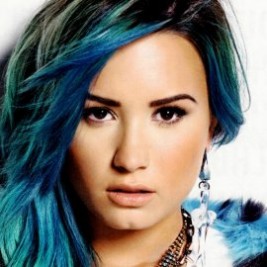 Businesses, Non-profit organizations, event planners and companies across the country have worked closely with our booking agents to hire Demi Lovato for a speaking engagements, guest appearances, product endorsements and corporate events. Many of those same clients have continued to turn to our speakers bureau as we can easily align Demi Lovato’s availability with their upcoming seminar, gala, annual conference, corporate function, and grand opening. Our close relationship with Demi Lovato’s booking agent and management team further enables us to provide inquiring clients with Demi Lovato’s speaking fee and appearance cost.

If your goal is to hire Demi Lovato to be your next keynote speaker or to be the next brand ambassador our celebrity speakers bureau can assist. If Demi Lovato’s booking fee is outside your companies budget or your unable to align with his appearance availability, our booking agents can provide you a list of talent that aligns with your event theme, budget and event date.

Demi Lovato is an American actress and singer. She made her debut as a child actress in "Barney & Friends." In 2008, she came to prominence as a starring cast member in the Disney Channel television film "Camp Rock." She signed to Hollywood Records the same year, and released her debut studio album, Don't Forget, in September 2008. The album sold 89,000 copies in its first week, debuting at No. 2 on the Billboard 200. It has since been certified Gold by the Recording Industry Association of America (RIAA) for sales of over 530,000. In 2009, Lovato was commissioned her own television series, "Sonny with a Chance." That July, her second album, Here We Go Again, became her first to debut atop the U.S. Billboard 200, selling 108,000 copies in its first week and spawning the single of the same name which became her first to break the top 20 of the Billboard Hot 100, peaking at No. 15.

After the release of additional television films and their accompanying soundtracks in 2010, Lovato's personal struggles sent her acting career into hiatus and saw the closure of "Sonny with a Chance" after its second season. She released her third album, Unbroken, in September 2011. The album addresses several of her difficulties, notably her lead single "Skyscraper," which became her first single to be certified platinum by the RIAA. The second single, "Give Your Heart a Break," was later certified double-platinum in the United States. The album had been certified Gold by the Recording Industry Association of America.

Lovato served as a judge and mentor on the American version of The X Factor from 2012 to 2013. She released fourth album, Demi, in May 2013 to critical success, selling 110,000 copies within its first week, becoming her highest opening week to date. The album was preceded by its lead single, "Heart Attack," that February and was certified double-platinum by the RIAA. In September 2013, Lovato announced plans to go on a North American leg of her third headlining concert tour, The Neon Lights Tour in promotion of Demi.

Throughout her music career, Lovato has embarked on several concert tours. In 2008, she served as the opening act for the Jonas Brothers' Burnin' Up Tour and Avril Lavigne's Best Damn Tour. Later that year, she embarked on her first promotional tour, the Demi Live! Warm Up Tour. Since then she has held two headlining concert tours, Demi Lovato: Live in Concert and A Special Night with Demi Lovato.

Her work has additionally earned several accolades, including one MTV Video Music Award, twenty five Teen Choice Awards nominations, eleven of which she has won, four People's Choice Awards, one ALMA award, a Billboard Touring Award and several others. In 2013, Maxim ranked her 26th on their Hot 100 while Billboard ranked her second on their Social 50 Artists of the Year.

Outside of her work in the entertainment industry, Lovato is involved in philanthropic activities through charity work and various social and environmental causes. In May 2013, she was awarded for her dedication as a mentor to teens and young adults with mental health challenges at a National Children's Mental Health Awareness Day hosted by the Substance Abuse and Mental Health Services Administration in Washington, D.C.