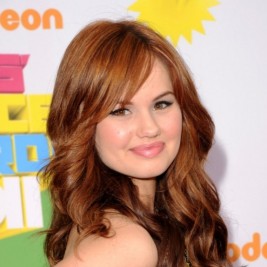 Businesses, Non-profit organizations, event planners and companies across the country have worked closely with our booking agents to hire Debby Ryan for a speaking engagements, guest appearances, product endorsements and corporate events. Many of those same clients have continued to turn to our speakers bureau as we can easily align Debby Ryan’s availability with their upcoming seminar, gala, annual conference, corporate function, and grand opening. Our close relationship with Debby Ryan’s booking agent and management team further enables us to provide inquiring clients with Debby Ryan’s speaking fee and appearance cost.

If your goal is to hire Debby Ryan to be your next keynote speaker or to be the next brand ambassador our celebrity speakers bureau can assist. If Debby Ryan’s booking fee is outside your companies budget or your unable to align with his appearance availability, our booking agents can provide you a list of talent that aligns with your event theme, budget and event date.

Born May 13, 1993 in Alabama, Debby moved to Texas as a small child and lived there for five years, before moving to Wiesbaden, Germany, with her family, where she lived for three years. While in Germany, Debby became fascinated with acting in local plays and musicals. By the age of nine, she knew she wanted to be an actor. After three years in Germany, the Ryan family moved to Keller, Texas, where they lived until they made the move to Los Angeles, to allow Debby to pursue a career in the entertainment industry. Debby got her start in film, landing roles in Barney: Let's Go to the Firehouse (2007) and the MGM feature film, The Longshots (2008) alongside Keke Palmer and Ice Cube. She also appeared in a handful of national television commercials. From there, her career took off - securing one of the starring series regular roles on Disney Channel's The Suite Life on Deck (2008) which debuted in 2008. In 2010, Debby starred in the smash hit Disney Channel film, 16 Wishes (2010).One of the first of many Disney co-productions, Ryan took an active role employing online and guerrilla marketing techniques to the film that had a tiny marketing budget. The movie premiered to 5.6 million viewers and made it as second on the list of cable's top 25 most popular shows of that week, twice. Since then, 16 Wishes (2010) has been successful in over 30 countries, worldwide, and is continuing to draw in strong viewership numbers. In addition to her work with The Disney Channel, Debby recently appeared on ABC's Private Practice (2007), showcasing some of her dramatic acting chops. In the episode, Debby played "Hailey", a recovering cocaine addict. She also appeared as a murder suspect on A&E's hit series, The Glades (2010), in 2012. Debby has appeared in over 8 live action series for the Disney channel, countless interstitials. Her current hit series Jessie (2011) was the first live action series in Disney history to be picked up with only her cast, the Show Runner, and the script. Debby starred in the Disney Channel original movie, Radio Rebel (2012), which premiered on February 17, 2012, to over 6 million viewers. Based on the novel, "Shrinking Violet", by Danielle Joseph, Debby appeared as "Tara Adams", a shy high school senior who leads an alternate life as an anonymous DJ [called Radio Rebel]. In addition to starring in the movie, Debby produced the music video and contributed to three tracks on the soundtrack, including "We Got The Beat", "A Wish Comes True Every Day", and "We Ended Right". Aside from Radio Rebel (2012) and Jessie (2011), Debby is also widely-recognized for her role as popular season regular "Bailey Pickett" on the Disney Channel series The Suite Life on Deck (2008), a role she held from 2008-2011. Debby's voiceover skills can be seen in Secret of the Wings (2012) and Ultimate Spider-Man (2012). When not working, Debby is passionate about volunteering and is a "Disney Friends for Change Ambassador". Her recent work with "Friends for Change" took her to India, where in partnership with "Free the Children", Debby helped to build a new school for a local village. The documentary on her work was nominated for a daytime Emmy in 2013. Debby is also heavily involved in music and loves to collaborate with her brother, Chase Ryan, and her friends. Her self-written single debuted in 2010 on Disney Channel as a music video about her character in 16 Wishes (2010). It was featured on the 16 Wishes (2010) soundtrack. In July 2011, she released the single, "We Ended Right", which debuted on iTunes and was also picked up to be featured on the "Radio Rebel" soundtrack. Debby wrote her first EP entitled "One". This indie rock, self funded/produced record premiered in the Top 5 on the rock charts and was featured on Billboard. Debby directed plays and skits while she was younger and after years of shadowing successful directors, Debby was allowed to take the reins as a director for her live action hit series Jessie (2011). She will direct 3 more episodes before the season ends in February. On the business side, Debby is an active producer on Jessie (2011). She was there from the inception of the story, attends production meetings, and makes meaningful and significant contributions to Jessie (2011). She launched a production company called "Shadowborn Productions", where she produced the official music video for "Radio Rebel" and another one for Atlantic's "Fueled by Ramen". In 2016, Debby played the part of "Holli" on the YouTube Red series, Sing It! (2016). She is costarring in the upcoming films, Rip Tide (2017), playing the role of "Cora" and the comedy, Life of the Party (2018), alongside Gillian Jacobs, Melissa McCarthy, & Maya Rudolph. Debby was also cast as the lead role of "Patty" in a pilot ordered by the CW, Insatiable (2017).