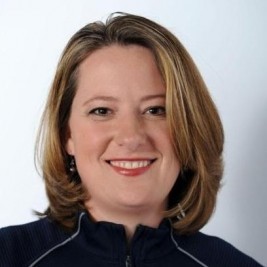 If your goal is to hire Debbie McCormick to be your next keynote speaker or to be the next brand ambassador our celebrity speakers bureau can assist. If Debbie McCormick’s booking fee is outside your companies budget or your unable to align with his appearance availability, our booking agents can provide you a list of talent that aligns with your event theme, budget and event date.

Debbie McCormick was born January 8, 1974 in Saskatoon, Saskatchewan, Canada as and is an American curler from Rio, Wisconsin.

McCormick was born in Canada but moved to Madison, Wisconsin, when she was very young. Both her parents are Canadian.

McCormick skipped the United States to a World Championship in 2003. She defeated Canada in the final, skipped by Colleen Jones. It was the first time the US had won a World Championships in women's curling and also was McCormick's first international tournament as a skip. She returned to the Worlds once again in 2006 and won silver. McCormick defended her 2006 US title in 2007 by defeating Cassandra Johnson's rink 9-3. She went on to win the 2008 & 2009 National Championships/Olympic Trials.

McCormick has played in two other World Championships. She was an alternate in 1996 for Lisa Schoeneberg silver medal winning team. In 2001 she was a third for Kari Erickson's sixth place team.