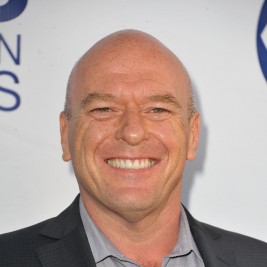 Businesses, Non-profit organizations, event planners and companies across the country have worked closely with our booking agents to hire Dean Norris for a speaking engagements, guest appearances, product endorsements and corporate events. Many of those same clients have continued to turn to our speakers bureau as we can easily align Dean Norris’s availability with their upcoming seminar, gala, annual conference, corporate function, and grand opening. Our close relationship with Dean Norris’s booking agent and management team further enables us to provide inquiring clients with Dean Norris’s speaking fee and appearance cost.

If your goal is to hire Dean Norris to be your next keynote speaker or to be the next brand ambassador our celebrity speakers bureau can assist. If Dean Norris’s booking fee is outside your companies budget or your unable to align with his appearance availability, our booking agents can provide you a list of talent that aligns with your event theme, budget and event date.

Dean Norris is an American actor currently starring as DEA agent Hank Schrader, the brother-in-law of main character Walter White in the AMC series Breaking Bad, which premiered on January 20, 2008.

Norris was born in South Bend, Indiana to Jack and Rosie Norris. He has four sisters. Dean graduated from Clay High School and attended Harvard College, from which he graduated in 1985, after which he attended the Royal Academy of Dramatic Art. Prior to Breaking Bad, Norris starred in Tremors: The Series as W.D. Twitchell, and in the movie "Without Limits". He has also had guest spots on shows such as NYPD Blue, The X-Files, The West Wing,"Nip/Tuck", Married With Children, Las Vegas, 24, Terminator: The Sarah Connor Chronicles, Eagleheart, True Blood, Bones, Grey's Anatomy, Lost, Nash Bridges, NCIS, Six Feet Under, Medium and Charmed and appeared in movies such as Gattaca, The Negotiator, The Lawnmower Man, Little Miss Sunshine (along with Bryan Cranston), Evan Almighty, Terminator 2: Judgment Day, Lethal Weapon 2, Total Recall (as the mutant Tony), Lakota Woman, Liars' Dice, The Cell, Hard to Kill, Playmaker, 3 Strikes, American Gun, CSI: Crime Scene Investigation and Barbarians at the Gate: The Fall of RJR Nabisco. He also played the commanding officer at the military training camp in the film Starship Troopers.

Dean is married to wife Bridget, a lawyer, and lives near Los Angeles. He has five children and is the cousin of Notre Dame Sports Carol Copley.