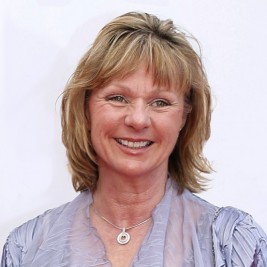 Businesses, Non-profit organizations, event planners and companies across the country have worked closely with our booking agents to hire Dawn Engle for a speaking engagements, guest appearances, product endorsements and corporate events. Many of those same clients have continued to turn to our speakers bureau as we can easily align Dawn Engle’s availability with their upcoming seminar, gala, annual conference, corporate function, and grand opening. Our close relationship with Dawn Engle’s booking agent and management team further enables us to provide inquiring clients with Dawn Engle’s speaking fee and appearance cost.

If your goal is to hire Dawn Engle to be your next keynote speaker or to be the next brand ambassador our celebrity speakers bureau can assist. If Dawn Engle’s booking fee is outside your companies budget or your unable to align with his appearance availability, our booking agents can provide you a list of talent that aligns with your event theme, budget and event date.

Engle is the co-director of multiple documentaries, including “PEACEJAM,” and co-author of the book, “PeaceJam: A Billion Simple Acts of Peace,” that was published by Penguin in 2008. She has also directed the award winning documentary films, “Mayan Renaissance" and "Children of the Light,” which were the first two films in PeaceJam's Nobel Legacy Film Series.

Engle began her career as an economist, working for the U.S. Congress in Washington, D.C. She was the youngest woman ever appointed to serve as Chief of Staff to a U.S. Senator. In 1991, she co-founded the Colorado Friends of Tibet, and in 1994, she and artist Ivan Suvanjieff began working together to create the PeaceJam program. Suvanjieff and Engle married in March 2000, with Archbishop Desmond Tutu presiding over the ceremony. Engle has received dozens of awards, and has been nominated eight times for the Nobel Peace Prize.

In November 2005, President Mikhail Gorbachev presented her and Suvanjieff with the "Man of Peace Award" for achievement in the field of Peace Education. Over the past 18 years, more than one million young people across the globe have participated in the PeaceJam program, creating almost two million projects to improve their communities and the world. In September 2008, The Dalai Lama, Archbishop Desmond Tutu, Jody Williams, Shirin Ebadi, and six other Nobel Peace Laureates joined together to launch PeaceJam’s “One Billion Acts of Peace” campaign, calling for one billion acts of service and peace by the year 2019.