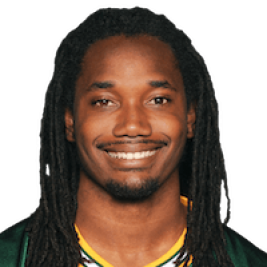 Businesses, Non-profit organizations, event planners and companies across the country have worked closely with our booking agents to hire Davon House for a speaking engagements, guest appearances, product endorsements and corporate events. Many of those same clients have continued to turn to our speakers bureau as we can easily align Davon House’s availability with their upcoming seminar, gala, annual conference, corporate function, and grand opening. Our close relationship with Davon House’s booking agent and management team further enables us to provide inquiring clients with Davon House’s speaking fee and appearance cost.

If your goal is to hire Davon House to be your next keynote speaker or to be the next brand ambassador our celebrity speakers bureau can assist. If Davon House’s booking fee is outside your companies budget or your unable to align with his appearance availability, our booking agents can provide you a list of talent that aligns with your event theme, budget and event date.

Davon Thomas House is an American football cornerback for the Jacksonville Jaguars of the National Football League (NFL). He was drafted by the Green Bay Packers in the fourth round of the 2011 NFL Draft. He played college football at New Mexico State. House was projected to be a third to fourth round pick. Scouts considered him to be a "big physical corner." who "Delivers a good press at the line to reroute receivers". They also mentioned his abilities to read a Quarterback's eyes and anticipate routes, also stating that he plays with a "mean streak" and is not afraid to tackle. However, they also stated that he "Lacks elite recovery speed and the hip fluidity to consistently stick with shiftier wide receivers in man coverage" and that his physical play could draw penalties at the next level.House was selected in the fourth round, with the 131st pick, of the 2011 NFL Draft by the Green Bay Packers who took him with a compensatory pick. In week 8 of the 2012 NFL season vs the Jacksonville Jaguars, House blocked a punt that was recovered by LB Dezman Moses for a touchdown in a 24-15 Packers win. House was awarded NFC Special Teams Player of the Week for his contributions. The following week, House recorded a career high 6 tackles and 1 pass defended in a 31-17 win against the Arizona Cardinals. House was signed by the Jacksonville Jaguars on March 11, 2015.