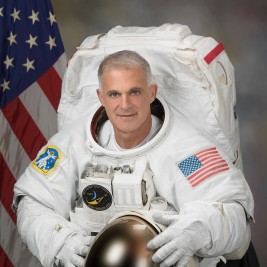 Businesses, Non-profit organizations, event planners and companies across the country have worked closely with our booking agents to hire David Wolf for a speaking engagements, guest appearances, product endorsements and corporate events. Many of those same clients have continued to turn to our speakers bureau as we can easily align David Wolf’s availability with their upcoming seminar, gala, annual conference, corporate function, and grand opening. Our close relationship with David Wolf’s booking agent and management team further enables us to provide inquiring clients with David Wolf’s speaking fee and appearance cost.

If your goal is to hire David Wolf to be your next keynote speaker or to be the next brand ambassador our celebrity speakers bureau can assist. If David Wolf’s booking fee is outside your companies budget or your unable to align with his appearance availability, our booking agents can provide you a list of talent that aligns with your event theme, budget and event date.

Dr. Wolf served as chief of the Astronaut Office Extravehicular Activity (EVA) Branch for much of the International Space Station (ISS) assembly. He led a team responsible for the development, test and execution of spacewalks from the ISS and space shuttle. This team plays a critical role for ISS assembly, maintenance and repair; requiring innovations to extend EVA capability in the areas of hardware, techniques and human performance. Dr. Wolf has logged 168 days, 12 hours, 56 minutes and 04 seconds in space over four separate missions, including a long-duration mission (128 days) on the Russian MIR space station, which was trained and conducted completely in the Russian language. He has conducted a total of seven spacewalks, using both the American and Russian spacesuits, and has logged 47 hours and 05 minutes of extravehicular activity. He is an active public speaker and is called on to represent NASA in a wide variety of venues to communicate the experience and importance of human space flight.

In 1983, Dr. Wolf joined the Medical Sciences Division, Johnson Space Center, Houston, Texas. He was responsible for the development of the American Flight Echocardiograph, which is used in space for investigating cardiovascular physiology in microgravity. This work required synthesis of spacecraft avionics integration, human physiology and space operations to acquire fundamental cardiovascular data for human space exploration and reveal new Earth-based physiological principles. On completion, he was assigned as Chief Engineer for design of the Space Station Medical Facility, now operational on orbit. This work pioneered concepts in telemedicine, medical informatics and bioinstrumentation. In 1986, he became Chief Engineer (and, later, Program Manager) of the “Space Bioreactor,” a biotechnology-based tissue engineering and cancer research program. This team, under Dr. Wolf’s leadership, achieved the development of state of the art tissue engineering systems now widely used for both commercial and research purposes on Earth. Dr. Wolf fostered the successful technology transfer to private industry and to academic laboratory applications. Special skills developed include real-time computer process control, communications, power systems, bioprocessing, fluid dynamics, aerospace physiology and aerospace medicine. In these roles, Dr. Wolf was responsible for technical and multidisciplinary team leadership, a multimillion dollar budget, systems design, safety (electrical and biological) and spacecraft integration. This “on schedule” program is now a core biotechnology research facility on the ISS.

Selected as a NASA astronaut in January 1990, Dr. Wolf became qualified for space flight in July 1991. His technical assignments have included orbiter vehicle processing and testing at Kennedy Space Center (1991 to 1992) and spacecraft communications (CAPCOM, 1994 to 1995) on console for the first and third shuttle-MIR rendezvous and docking. He is a senior EVA (spacewalk) instructor and has qualified with the shuttle robotic manipulator system (robot arm). Dr. Wolf completed cosmonaut training at the Gagarin Cosmonaut Training Center, Star City, Russia. In December 2012, Dr. Wolf retired from NASA. He now works as a private consultant, serves as Extraordinary Scientist in Residence for the Indianapolis Children’s Museum (the largest of its kind), and is an active public and motivational speaker.