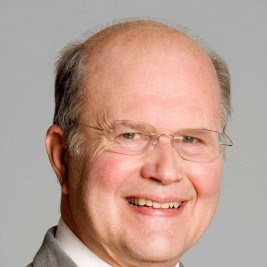 If your goal is to hire David Thornburg to be your next keynote speaker or to be the next brand ambassador our celebrity speakers bureau can assist. If David Thornburg’s booking fee is outside your companies budget or your unable to align with his appearance availability, our booking agents can provide you a list of talent that aligns with your event theme, budget and event date.

His monthly commentaries for PBS on the impact of emerging technologies on learning expand his reach far beyond the podium.

But David Thornburg is more than a public speaker. He is an award-winning futurist, author and consultant whose clients range across the public and private sector, both in the United States and in Brazil. His corporate clients range from small startup ventures to some of the most dynamic large corporations in the world. His razor-sharp focus on the fast-paced world of modern communication media and its impact on learning has placed him in constant demand as a keynote speaker and workshop leader.

As the founder and Director of Global Operations for the Thornburg Center, and as Senior Fellow of the Congressional Institute for the Future, he conducts research and provides staff development in the areas of educational futures, multimedia, communications and whole mind education throughout the Americas. He helps clients to think intelligently about the future and is active in exploring ways that telecommunications and multimedia will change the face of learning, both at home and in the classroom.

His educational philosophy is based on the idea that students learn best when they are constructors of their own knowledge. He also believes that students who are taught in ways that honor their learning styles and dominant intelligences retain the native engagement with learning with which they entered school. A central theme of his work is that we must prepare students for their future, not for our past.

In addition to his work at the state and local level, he is also involved at the Federal level in helping to shape telecommunications and education policy for the benefit of all learners. In his capacity as Senior Fellow of the Congressional Institute for the Future, David shares his perspectives with policy makers throughout the country. He was recently commissioned to write a position paper for the United States Department of Education on the future of technology for K-12 education.

He has written numerous books and created several CD-ROM's. His latest book, Campfires in Cyberspace, explores the true nature of the World Wide Web as a tool for learning. Reviewers have declared this to be the definitive book on the topic.

In addition to his consulting, speaking, and writing, David also serves on several non-profit boards.
Dr. Thornburg is the recipient of several awards for product design and is the recipient of both the Golden and Platinum Disk awards from CUE (Computer Using Educators, Inc.) for his contributions to the advancement of learning and learning technologies. In 1999 he was selected as one of twenty "pioneers" in the field of educational technology by ISTE, the premiere organization devoted to the advancement of technology in learning, and was named by Technology and Learning magazine as one of the top ten most influential people in the field of educational technology in the past twenty years.

He has been the subject of numerous magazine articles and has appeared on radio and television throughout North America. According to the magazine, Electronic Learning, he is one of the six most popular speakers in the area of educational technology.

David splits his time between the United States and Brazil. His work in Brazil also is focused on education, and he has consulted for the Federal Secretary of Education as well as for firms and educational institutions throughout that country.

In addition, David plays blues with Lou Fournier and Ferdi Serim, fellow members of the Bluesmen of the Silicon Delta. Together, they are the world experts in the genre of Silicon Delta Blues, songs that convey the deep gut-wrenching experience of those high-tech workers who drive BMW's and have to deal with stock options. Lou, Ferdi and David perform and conduct workshops on the history of this little known branch of the blues for public and private audiences.