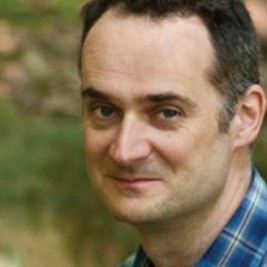 Businesses, Non-profit organizations, event planners and companies across the country have worked closely with our booking agents to hire David Haskell for a speaking engagements, guest appearances, product endorsements and corporate events. Many of those same clients have continued to turn to our speakers bureau as we can easily align David Haskell’s availability with their upcoming seminar, gala, annual conference, corporate function, and grand opening. Our close relationship with David Haskell’s booking agent and management team further enables us to provide inquiring clients with David Haskell’s speaking fee and appearance cost.

If your goal is to hire David Haskell to be your next keynote speaker or to be the next brand ambassador our celebrity speakers bureau can assist. If David Haskell’s booking fee is outside your companies budget or your unable to align with his appearance availability, our booking agents can provide you a list of talent that aligns with your event theme, budget and event date.

David Haskell's work integrates scientific and contemplative studies of the natural world. His book, "The Forest Unseen: A Year's Watch in Nature," was described by E. O. Wilson as "a new genre of nature writing, located between science and poetry." A profile in The New York Times said of Haskell that he "thinks like a biologist, writes like a poet, and gives the natural world the kind of open-minded attention one expects from a Zen monk rather than a hypothesis-driven scientist."

Haskell holds degrees from the University of Oxford and from Cornell University. He is a professor of biology at the University of the South, where he served as chair of biology. He is a fellow of the American Council of Learned Societies and was granted elective membership in the American Ornithologists' Union in recognition of "significant contributions to ornithology." His research has been sponsored by the National Science Foundation, the Environmental Protection Agency, the Fish and Wildlife Service, the World Wildlife Fund and the Templeton Foundation, among others. Haskell's classes have received national attention for the innovative ways they combine science, contemplatio, and action in the community.

In 2009, the Carnegie and CASE Foundations named him Professor of the Year for Tennessee. The Oxford American featured him in 2011 as one of the southern U.S.'s most creative teachers, and his teaching has been profiled in USA Today, The Tennesseean, and other newspapers.

He lives in Sewanee, Tennessee, with his wife, Sarah Vance who runs Cudzoo Farm, a homestead farm that produces hand-made goat milk soaps.