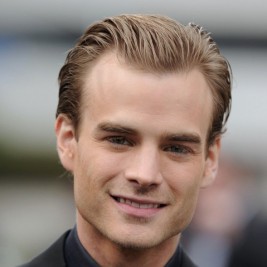 If your goal is to hire David Gallagher to be your next keynote speaker or to be the next brand ambassador our celebrity speakers bureau can assist. If David Gallagher’s booking fee is outside your companies budget or your unable to align with his appearance availability, our booking agents can provide you a list of talent that aligns with your event theme, budget and event date.

David Gallagher began acting at the age of two, appearing as a model in a print advertisement. This exposure led to roles in several television commercials, including some for Walt Disney World and Burger King. Gallagher made his film debut at the age of eight, playing one of the children in the 1993 sequel, Look Who's Talking Now. Throughout the 1990s, he appeared in several made-for-television films, and had a role in the 1996 film, Phenomenon.

Gallagher was cast as Simon Camden, the second son of Reverend Eric Camden, on the television series 7th Heaven; the series' success helped Gallagher become well known among television audiences. He played the role from the series' 1996 beginning to 2003, and reprised it in 2004, after taking a year off from the show to attend the University of Southern California.

Gallagher had leading roles in the theatrical films Little Secrets, in which he was the love interest for Evan Rachel Wood's character, and Kart Racer, in which he played a competitive racer. Both of the films received limited theatrical releases, in August 2002 and September 2003, respectively, but did poorly at the box office. Most of his recent films have been independently made.

Gallagher also provided the voice of Riku, one of the main characters of Square Enix/Disney's Kingdom Hearts series.