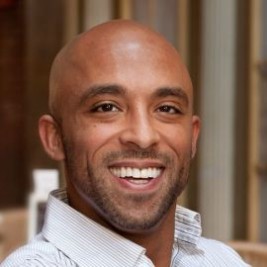 Businesses, Non-profit organizations, event planners and companies across the country have worked closely with our booking agents to hire David Bianchi for a speaking engagements, guest appearances, product endorsements and corporate events. Many of those same clients have continued to turn to our speakers bureau as we can easily align David Bianchi’s availability with their upcoming seminar, gala, annual conference, corporate function, and grand opening. Our close relationship with David Bianchi’s booking agent and management team further enables us to provide inquiring clients with David Bianchi’s speaking fee and appearance cost.

If your goal is to hire David Bianchi to be your next keynote speaker or to be the next brand ambassador our celebrity speakers bureau can assist. If David Bianchi’s booking fee is outside your companies budget or your unable to align with his appearance availability, our booking agents can provide you a list of talent that aligns with your event theme, budget and event date.

David speaks on several topics related to being an artist in today's climate, working in the entertainment industry and being a self propelled entrepreneur. He also enjoys speaking on what it means to be a minority in today's Film and TV world and how to manage and exceed expectations.

One of the key components he wants to achieve is to INSPIRE, MOTIVATE AND INSTIGATE personal change in an audience. He is a globally known spoken word poet and incorporates that into his talks that can be custom written to match and motivate the audience he is speaking in front of. One of his personal acronyms is P.R.A.R.R. (PERSUE, REACH, ATTAIN, RETAIN, REPEAT)

David has over 90 IMDB credits from numerous independent films and can be seen in major films and indies like Elizabethtown, Priest, Filly Brown as well as numerous TV appearances on shows like Southland, General Hospital, Days of Our Lives, American Heiress and others.

David is also a globally known Spoken Word poet with TV appearances on Seasons 3 and 5 of the NAACP award nominated show Verses and Flow. David has 15 IMDB producer credits, 12 writer credits and is the founder of Exertion Films, a Los Angeles based production company. He also holds the prestigious mark(p.g.a.) as a member of the Producers Guild of America as well as National Association of Latino Independent Producers (NALIP).

His producing career started with the critically acclaimed short film “Soldier” that became an official selection of 34 domestic festivals including Palm Springs, Los Angeles and San Diego. It won Best Short at numerous festivals. This effort was followed up by a feature length documentary he wrote/directed and produced called “Outspoken” a film against the American occupation of Iraq that would world premiere at the Hollywood Black Film Festival (2009).

He co-produced and co-starred in the critically acclaimed feature film “Farewell Darkness”. In 2012 he was nominated for the prestigious Imagen Award (considered the Latin Golden Globe). His original screenplay “CAR” was nominated for the Golden Palm Award at Beverly Hills International Film Festival. His 4th screenplay DYSFUNKTION has wrapped production and will world premiere in early 2016.