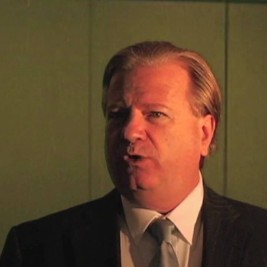 Businesses, Non-profit organizations, event planners and companies across the country have worked closely with our booking agents to hire Dave DeBatto for a speaking engagements, guest appearances, product endorsements and corporate events. Many of those same clients have continued to turn to our speakers bureau as we can easily align Dave DeBatto’s availability with their upcoming seminar, gala, annual conference, corporate function, and grand opening. Our close relationship with Dave DeBatto’s booking agent and management team further enables us to provide inquiring clients with Dave DeBatto’s speaking fee and appearance cost.

If your goal is to hire Dave DeBatto to be your next keynote speaker or to be the next brand ambassador our celebrity speakers bureau can assist. If Dave DeBatto’s booking fee is outside your companies budget or your unable to align with his appearance availability, our booking agents can provide you a list of talent that aligns with your event theme, budget and event date.

Dave DeBatto had been an Army Instructor in the Army's Counterintelligence Agent course and also served as a German linguist in signals intelligence before being deployed to Iraq.

Dave was called "Daoud" by the Iraqis' had developed a close working relationship and the trust with several of the top Iraq leaders. Dave was able to obtain information not available to other American officials (military or civilian) because of the bonds he had formed with those leaders.. His weekly tribal council meetings were the largest and most successful of such gatherings.

Dave was wounded during an intelligence gathering mission in Iraq in late 2003 and spent several long months in numerous U.S. Army hospitals undergoing rehabilitation therapy before his medical retirement in 2004.

He is considered an expert analyst on events in the Middle East and the Global War on Terrorism. He has made numerous radio and television appearances on FOX, CNN, NPR, MSNBC and many others. Dave is widely quoted on terrorism and National Security by numerous leading news organizations.

Dave is the author of a weekly column and has also written numerous articles for Vanity Fair, Salon, The American Prospect and Spiegel television in Germany.

Dave's first authored non-fiction book, "THEY STILL DON'T GET IT," will be published by Cumberland House and is scheduled for an October 2006 release.

Dave is an excellent and interesting speaker on a  number of topics, such as; Iraq, the War on Terrorism, Intelligence Collection in an Asymmetric War, the Current Status of Military Intelligence, Islam and America, Negotiating within the Arab Culture, the Near Future of the Persian Gulf Region, and American Hegemony in the Early to Mid 21st Century.