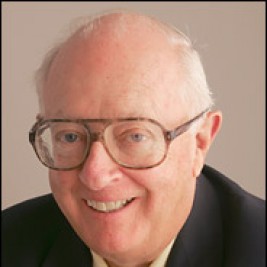 Businesses, Non-profit organizations, event planners and companies across the country have worked closely with our booking agents to hire Dave Anderson for a speaking engagements, guest appearances, product endorsements and corporate events. Many of those same clients have continued to turn to our speakers bureau as we can easily align Dave Anderson’s availability with their upcoming seminar, gala, annual conference, corporate function, and grand opening. Our close relationship with Dave Anderson’s booking agent and management team further enables us to provide inquiring clients with Dave Anderson’s speaking fee and appearance cost.

If your goal is to hire Dave Anderson to be your next keynote speaker or to be the next brand ambassador our celebrity speakers bureau can assist. If Dave Anderson’s booking fee is outside your companies budget or your unable to align with his appearance availability, our booking agents can provide you a list of talent that aligns with your event theme, budget and event date.

Dave Anderson is an American sportswriter based in New York City. In 1981 he won a Pulitzer Prize for distinguished commentary on sporting events. He is the author of 21 books and more than 350 magazine articles.

After graduating in 1947 from Xavier High School – an elite Jesuit preparatory school in New York City – Anderson attended the College of the Holy Cross in Massachusetts, graduating in 1951.

Anderson has written for a number of New York papers. He covered the Brooklyn Dodgers for the Brooklyn Eagle, before moving to the New York Journal-American in 1955, and later to The New York Times in 1966.

Anderson was given a column at the Times in 1971. In 1973, he collaborated with Miami Dolphin football players Larry Csonka and Jim Kiick in publishing a book, Always on the Run.

In 1981, he became the second sportswriter to win the Pulitzer Prize for Commentary. Anderson was the 1994 winner of the Associated Press Sports Editors Red Smith Award for distinguished sports column writing. He was inducted into the National Sportscasters and Sportswriters Hall of Fame in Salisbury, N.C. in 1990, joining three other former "Sports of The Times," columnists—Red Smith, Arthur Daley and John Kieran. In 2005, he received the Dick Schaap Award for Outstanding Journalism. Anderson was inducted in the International Boxing Hall of Fame in 2006. In 2014, he was honored with the PEN/ESPN Lifetime Achievement Award for Literary Sports Writing.