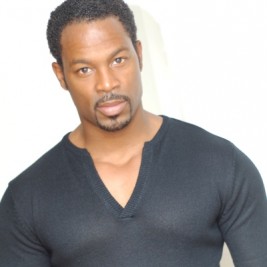 If your goal is to hire Darrin Dewitt Henson to be your next keynote speaker or to be the next brand ambassador our celebrity speakers bureau can assist. If Darrin Dewitt Henson’s booking fee is outside your companies budget or your unable to align with his appearance availability, our booking agents can provide you a list of talent that aligns with your event theme, budget and event date.

While new to acting and directing, Darrin Dewitt Henson's love for performing began at age five while growing up in the Bronx, the birthplace of hip-hop. Inspired by Michael Jackson and sparked by the evolution of a new genre unfolding before him, Henson began perfecting his dance skills by performing with local street crews at venues around the city. After high school, he began choreographing which led to his first job working with Lionel Martin.

As a choreographer, Henson has worked with many musical artists including Britney Spears, Christina Aguilera and Jennifer Lopez. Henson was nominated for a MTV Music Award for his work on Jordan Knight's video "Give It to You," in addition to winning the award for Best Music Video at the 2000 MTV Music Awards for 'N Sync's "Bye, Bye, Bye" video.

Henson created one of the hottest dance videos in 2001 titled "Darrin's Dance Grooves." He spends time doing Big Brother charity work and holding Darrin's Dance Grooves seminars. In 2003, Henson also hopes to open Grooves, a summer camp for kids who do not perform well during the school year. The camp will combine academic advancement with dance to heighten self-esteem and promote scholastic excellence.