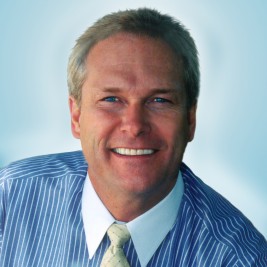 Businesses, Non-profit organizations, event planners and companies across the country have worked closely with our booking agents to hire Dan Clark for a speaking engagements, guest appearances, product endorsements and corporate events. Many of those same clients have continued to turn to our speakers bureau as we can easily align Dan Clark’s availability with their upcoming seminar, gala, annual conference, corporate function, and grand opening. Our close relationship with Dan Clark’s booking agent and management team further enables us to provide inquiring clients with Dan Clark’s speaking fee and appearance cost.

If your goal is to hire Dan Clark to be your next keynote speaker or to be the next brand ambassador our celebrity speakers bureau can assist. If Dan Clark’s booking fee is outside your companies budget or your unable to align with his appearance availability, our booking agents can provide you a list of talent that aligns with your event theme, budget and event date.

When Dan Clark recovered from a paralyzing football injury, he started a multi-million dollar corporation and became one of the most in-demand speakers in North America. Since 1982, Dan Clark has been changing behaviors in organizations by reinvigorating passion in their purpose, building strong connections in the workplace, and transforming their workforce into high performance thinkers. Guaranteed, Dan Clark will turn your ordinary meeting into an extraordinary event! Dan Clark is the primary contributing author to the Chicken Soup for the Soul series and author of twenty of his own books, including the highly acclaimed, Forgotten Fundamentals and the inspirational Puppies for Sale which was made into a film by Paramount Studios starring Jack Lemmon. As a master storyteller, Dan Clark has been published in more than 30 million books in 30 languages worldwide. Dan Clark is also the former CEO of two retail businesses and was named "One of the Top Ten Speakers in the World" by Achievers North America and Achievers Europe. Dan is a Character Development Consultant for the United States Armed Forces, has been the keynote speaker at the United Nations World Congress and has conducted U.N. leadership training in Europe, Asia and Russia. Over the past 25 years, Dan Clark has spoken to more than 3½ million people, over 4,000 audiences, in all 50 states and 35 countries. Dan has spoken for over half of the Fortune 500 companies, NASA, Super Bowl champions, the Mayo Clinic, Million Dollar Round Table and to combat troops in Iraq and Afghanistan. In 2005 Dan Clark was inducted into the National Speakers Association Hall of Fame.