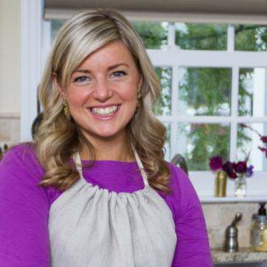 If your goal is to hire Damaris Phillips to be your next keynote speaker or to be the next brand ambassador our celebrity speakers bureau can assist. If Damaris Phillips’s booking fee is outside your companies budget or your unable to align with his appearance availability, our booking agents can provide you a list of talent that aligns with your event theme, budget and event date.

Damaris Phillips is an American chef who won the ninth season of the Food Network television series Food Network Star.

In early 2013, Phillips became a contestant on the ninth season of the Food Network series Food Network Star. She never landed in the bottom three and eventually became one of the final three contestants, and she filmed a pilot for a potential series called Eat, Date, Love. Phillips was announced as the winner of the competition on August 11, 2013.

Her show on Food Network is called Southern at Heart. The show premiered on October 27, 2013. The first season aired on Sundays at 10:30 am/9:30c and consisted of six episodes. Phillips posts regular show reviews and updates to her Facebook page. An episode airing on April 19, 2015 was watched by 816,000 viewers.