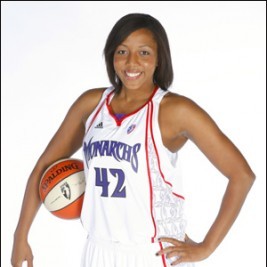 Businesses, Non-profit organizations, event planners and companies across the country have worked closely with our booking agents to hire Crystal Kelly for a speaking engagements, guest appearances, product endorsements and corporate events. Many of those same clients have continued to turn to our speakers bureau as we can easily align Crystal Kelly’s availability with their upcoming seminar, gala, annual conference, corporate function, and grand opening. Our close relationship with Crystal Kelly’s booking agent and management team further enables us to provide inquiring clients with Crystal Kelly’s speaking fee and appearance cost.

If your goal is to hire Crystal Kelly to be your next keynote speaker or to be the next brand ambassador our celebrity speakers bureau can assist. If Crystal Kelly’s booking fee is outside your companies budget or your unable to align with his appearance availability, our booking agents can provide you a list of talent that aligns with your event theme, budget and event date.

Crystal Kelly is a professional basketball player who was played in the Women's National Basketball Association.

Kelly played for Sacred Heart Academy in Louisville, Kentucky, where she was named a WBCA All-American. In addition, Kelly was named the 2004 Kentucky Miss Basketball. She participated in the 2004 WBCA High School All-America Game where she scored four points.

Kelly attended college at Western Kentucky University, where she was a standout basketball player. She broke the WKU women's basketball program record for career rebounds, and earned a place in the top 25 career scorers in NCAA Division I women's basketball history by scoring over 2,600 points. In her senior year, she led the nation with a 64.8% field goal shooting percentage. Kelly was named to the all-Sun Belt Conference team during each of her four collegiate seasons, and was named the 2008 Sun Belt Player of the Year in her senior season. She graduated with a bachelor's degree in public relations in 2008.

Following her collegiate career, Kelly was selected in the third round (31st overall) in the 2008 WNBA Draft by the Houston Comets. The Comets waived Kelly in May 2008, but a few days later she was signed to the Sacramento Monarchs.

Kelly averaged 7 points per game in 16 minutes per game as a backup to starting forward Rebekkah Brunson during the 2008 regular season. Then an injury to Brunson allowed Kelly to become a starter and a notable scorer during the WNBA Playoffs. In the Monarchs' victory over the San Antonio Silver Stars in Game 2 of the Western Conference semifinals, Kelly led all scorers with 19 points.

In late August 2012, Chancellor Dugan, new head coach at Bellarmine University in Louisville announced the hiring of Kelly as an assistant women's basketball coach beginning with the 2012-13 season. Kelly will be responsible for recruiting and post player development.