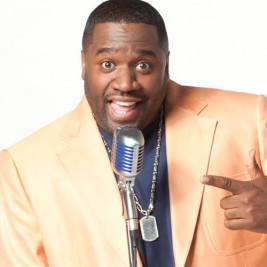 Businesses, Non-profit organizations, event planners and companies across the country have worked closely with our booking agents to hire Corey Holcomb for a speaking engagements, guest appearances, product endorsements and corporate events. Many of those same clients have continued to turn to our speakers bureau as we can easily align Corey Holcomb’s availability with their upcoming seminar, gala, annual conference, corporate function, and grand opening. Our close relationship with Corey Holcomb’s booking agent and management team further enables us to provide inquiring clients with Corey Holcomb’s speaking fee and appearance cost.

If your goal is to hire Corey Holcomb to be your next keynote speaker or to be the next brand ambassador our celebrity speakers bureau can assist. If Corey Holcomb’s booking fee is outside your companies budget or your unable to align with his appearance availability, our booking agents can provide you a list of talent that aligns with your event theme, budget and event date.

Corey hit his first open mic in 1992 when Adele Givens called him to the stage. He was a smashing success and has been a full-time comedian ever since. He has taken top honors at the Miller Genuine Draft Comedy Search, Budweiser Comedy Competition, Chicago Home Jam, and Laffapalooza. He has appeared at the Montreal Just for Laughs Festival and the Chicago Comedy Festival.