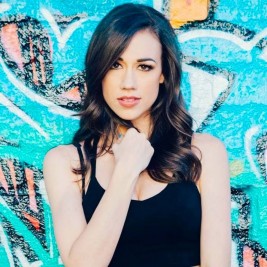 If your goal is to hire Colleen Ballinger to be your next keynote speaker or to be the next brand ambassador our celebrity speakers bureau can assist. If Colleen Ballinger’s booking fee is outside your companies budget or your unable to align with his appearance availability, our booking agents can provide you a list of talent that aligns with your event theme, budget and event date.

Colleen Ballinger is an American comedian, actress, singer and YouTube personality. She is best known for her Internet character Miranda Sings, posting videos of the character on YouTube and performing her one-woman comedy act on tour in theatres worldwide. She created the comically talentless, egotistical and eccentric character to satirize the many YouTube videos featuring people singing badly, but who appear unaware of their lack of talent. In her videos and stage act, the narcissistic character sings and dances badly, discusses current events that she misunderstands, gives inept "tutorials", collaborates with other YouTubers, and rants about her personal issues and her critics, whom she calls the "haters".

Ballinger also features comedy and lifestyle videos on her personal YouTube channel, PsychoSoprano, and a vlog channel, Colleen Vlogs. Her YouTube channels, combined, have surpassed 2.6 billion total views. The Miranda Sings channel has more than 8 million subscribers, and the character has more than 6 million Instagram followers. Ballinger won a Teen Choice Award for "Web Star: Comedy" and a Streamy Award as Best Actress. The Hollywood Reporter selected her as one of its Top 25 Digital Stars.

Ballinger has appeared as an actress and singer Off-Broadway, in regional theatre, on television and in web series, and has sung as a guest artist on albums. In 2014, she guest-starred as Miranda Sings on Comedians in Cars Getting Coffee with Jerry Seinfeld and appeared as Miranda on The Tonight Show. In 2015, Ballinger was a guest co-host on The View, appeared as Miranda on The Grace Helbig Show and released a best-selling book, written in Miranda's voice, Selp-Helf.[5] Ballinger conceived, produced, wrote for and starred as Miranda in the Netflix series, Haters Back Off, which explored Miranda's origins and family life; the series ran for two seasons, 2016 and 2017. She continues to tour in her Miranda shows.