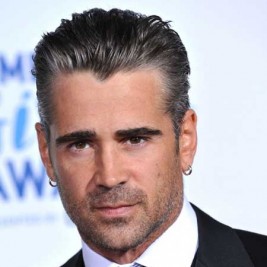 Businesses, Non-profit organizations, event planners and companies across the country have worked closely with our booking agents to hire Colin Farrell for a speaking engagements, guest appearances, product endorsements and corporate events. Many of those same clients have continued to turn to our speakers bureau as we can easily align Colin Farrell’s availability with their upcoming seminar, gala, annual conference, corporate function, and grand opening. Our close relationship with Colin Farrell’s booking agent and management team further enables us to provide inquiring clients with Colin Farrell’s speaking fee and appearance cost.

If your goal is to hire Colin Farrell to be your next keynote speaker or to be the next brand ambassador our celebrity speakers bureau can assist. If Colin Farrell’s booking fee is outside your companies budget or your unable to align with his appearance availability, our booking agents can provide you a list of talent that aligns with your event theme, budget and event date.

Colin Farrell is an Irish actor. He first appeared on the BBC's TV drama Ballykissangel in 1998, made his film debut in the Tim Roth-directed drama The War Zone a year later and was discovered by Hollywood when Joel Schumacher cast him in the lead in his war drama Tigerland (2000). He then starred in Schumacher's psychological thriller Phone Booth (2002) and the American thrillers S.W.A.T. and The Recruit (both 2003), establishing his international box-office appeal. During that time, he also appeared in Steven Spielberg’s sci-fi thriller Minority Report (2002) and as the villain Bullseye in the Daredevil superhero film (2003). After starring in the independent films Intermission (2003) and A Home at the End of the World (2004) he headed Oliver Stone’s biopic Alexander (2004) and the Terrence Malick's The New World (2005).

Work in Michael Mann’s Miami Vice, the adaptation of John Fante's Ask the Dust (both 2006) and Woody Allen’s Cassandra's Dream (2007) followed, underscoring Farrell's popularity among Hollywood writers and directors; however, it was for his role in Martin McDonagh’s In Bruges (2008) that he received a Golden Globe Award. In recent years, he co-starred in the comedy-horror film Fright Night (2011) and the sci-fi action film Total Recall (2012), both remakes, and McDonagh's second feature, the black comedy crime film Seven Psychopaths (2012). Farrell also starred with Noomi Rapace in the Niels Arden Oplev-directed action film Dead Man Down, and as Travers Goff in the period drama Saving Mr. Banks (both in 2013) about the author of Mary Poppins. In 2014, Farrell starred as Peter Lake in the supernatural fable Winter's Tale (2014), an adaptation of the novel of the same name by Mark Helprin. In 2015, he starred in the second season of HBO's True Detective, alongside Vince Vaughn and Rachel McAdams.

A favourite with film critics like Peter Bradshaw, Manohla Dargis and Roger Ebert in the 2000s[citation needed], Farrell developed a reputation as a lothario and dated numerous famous women for a time. He has two sons: one with Kim Bordenave and another with his Ondine costar, Alicja Bachleda-Curuś.