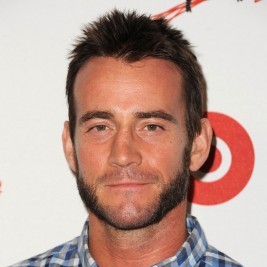 Businesses, Non-profit organizations, event planners and companies across the country have worked closely with our booking agents to hire CM Punk for a speaking engagements, guest appearances, product endorsements and corporate events. Many of those same clients have continued to turn to our speakers bureau as we can easily align CM Punk’s availability with their upcoming seminar, gala, annual conference, corporate function, and grand opening. Our close relationship with CM Punk’s booking agent and management team further enables us to provide inquiring clients with CM Punk’s speaking fee and appearance cost.

If your goal is to hire CM Punk to be your next keynote speaker or to be the next brand ambassador our celebrity speakers bureau can assist. If CM Punk’s booking fee is outside your companies budget or your unable to align with his appearance availability, our booking agents can provide you a list of talent that aligns with your event theme, budget and event date.

Phillip Jack "Phil" Brooks, better known by the ring name CM Punk, is an American mixed martial artist, comic book writer, actor and retired professional wrestler. He is best known for his time in WWE, where he is the longest-reigning WWE Champion of the modern era, having held the title for 434 days from November 20, 2011 to January 27, 2013. His reign is officially recognized as the sixth longest of all time, as well as the longest since 1988.

Punk won multiple world championships during his 15-year wrestling career: including the ROH World Championship and ECW Championship once each, WWE's World Heavyweight Championship three times, and the WWE Championship twice. He won the World Tag Team Championship (with Kofi Kingston) and the Intercontinental Championship, making him the 19th WWE Triple Crown Champion and the fastest man in WWE history to achieve this feat, in 203 days. He was a two-time ROH Tag Team Champion (with Colt Cabana as part of The Second City Saints). Punk also won the 2008 and 2009 Money in the Bank ladder matches (the only wrestler to win the match twice), and the 2011 Superstar of the Year Slammy Award in WWE.

Punk initially came to prominence through his career on the American independent circuit, primarily as a member of the Ring of Honor roster, where he was also the first head trainer of the ROH wrestling school. Along with Daniel Bryan and Seth Rollins, Punk is one of three men to hold both the WWE and ROH World championships. In 2005, he signed a contract with WWE and was sent to its developmental promotion, Ohio Valley Wrestling, where he won every championship available in that promotion. In June 2006, Punk made his WWE television debut, performing in ECW, which was then a branch of WWE. In 2011 he rose to stardom and became a fan favorite on the main WWE roster, remaining a company fixture until his acrimonious departure in 2014. Despite his prominence within the company, Punk was never selected to headline WWE's premier annual pay-per-view event, WrestleMania, which became a source of professional dissatisfaction.

Throughout his career, Punk consistently portrayed the character of an outspoken, sharp-tongued, anti-establishment, straight edge iconoclast. His straight edge principles and outspokenness were based on his actual demeanor and way of life when out of character. Depending on his alignment as a hero or villain, he emphasized different aspects of the straight edge culture to garner the desired audience reaction. He also trained several wrestlers.

Following his retirement from professional wrestling, Punk signed a deal with the Ultimate Fighting Championship and began to pursue a career in mixed martial arts.