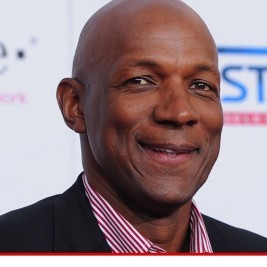 Businesses, Non-profit organizations, event planners and companies across the country have worked closely with our booking agents to hire Clyde Drexler for a speaking engagements, guest appearances, product endorsements and corporate events. Many of those same clients have continued to turn to our speakers bureau as we can easily align Clyde Drexler’s availability with their upcoming seminar, gala, annual conference, corporate function, and grand opening. Our close relationship with Clyde Drexler’s booking agent and management team further enables us to provide inquiring clients with Clyde Drexler’s speaking fee and appearance cost.

If your goal is to hire Clyde Drexler to be your next keynote speaker or to be the next brand ambassador our celebrity speakers bureau can assist. If Clyde Drexler’s booking fee is outside your companies budget or your unable to align with his appearance availability, our booking agents can provide you a list of talent that aligns with your event theme, budget and event date.

He is a ten-time all-star, a member of the Basketball Hall of Fame, and was named one of basketball's fifty greatest players by the NBA. Drexler won an Olympic gold medal in 1992 and an NBA championship in 1995.

Drexler attended the University of Houston, where, alongside Hakeem Olajuwon and Larry Michaux, he made up the "Phi Slamma Jamma" basketball fraternity, known for the aerial exploits of its members. Despite being heavily favored, Houston lost the 1983 NCAA finals against underdog North Carolina State.

He was selected a surprisingly low 14th overall in the 1983 NBA Draft by the Portland Trail Blazers. He helped lead that team to the NBA Finals in 1990 and 1992, with the help of young and talented teammates, such as Terry Porter, Jerome Kersey, Buck Williams and Clifford Robinson. In 1992 he served for the U.S. Olympics basketball team, nicknamed The Dream Team, and won a gold medal in the process. He finished second to Michael Jordan in Most Valuable Player voting in 1991-92. He went head-to-head with Jordan in the NBA Finals that same season, also falling short, as Jordan and the Chicago Bulls went on to repeat as champions.

On February 14, 1995, Drexler was traded by the Blazers to the Houston Rockets, honoring the Blazer-great's request to be traded to a contender out of respect for his many contributions to the Portland club. The good fortune of the Rockets, who were struggling to regain the championship form they had a year earlier, quickly turned around after the acquisition of Drexler. Delighted with being reunited with long-time friend Hakeem Olajuwon and playing in front of his home town where he played high school and college ball, Drexler helped the Rockets to win the NBA title in 1995, and stayed with them for three more years. Drexler retired from the NBA after the 1997-98 season in order to become head coach at his alma mater, the University of Houston. Drexler's #22 jersey has been retired by both the Rockets and the Trail Blazers. He was enshrined in the Basketball Hall of Fame on September 10, 2004.